SEOUL, March 10 (Yonhap) -- North Korean leader Kim Jong-un has visited the country's space agency, and said the recent development of a reconnaissance satellite is aimed at collecting information on the U.S. military in the region and its "vassal forces," Pyongyang's state media reported Thursday.

On Saturday, North Korea fired a ballistic missile in a second such test in less than a week that Pyongyang claimed was for developing a reconnaissance satellite.

"(Kim) noted that the purpose of developing and operating the military reconnaissance satellite is to provide the armed forces of the DPRK with real-time information on military actions against it by the aggression troops of the U.S. imperialism and its vassal forces in South Korea, Japan and the Pacific," the North's official Korean Central News Agency (KCNA) said. DPRK stands for the North's official name, the Democratic People's Republic of Korea.

Kim said it is the party's "important strategic and tactical policy" to "keep a close eye on and distinguish the character of hostile military actions against the DPRK" and "enhance the capability for controlling situation and improve the rapid counteraction capability of the armed forces."

He expressed "great satisfaction" over the satellite's "aerospace photographing method," "high-resolution photographing equipment and the reliability of image transmission system," according to the KCNA.

The North's state media last reported on Kim's visit to the National Aerospace Development Administration in 2015. 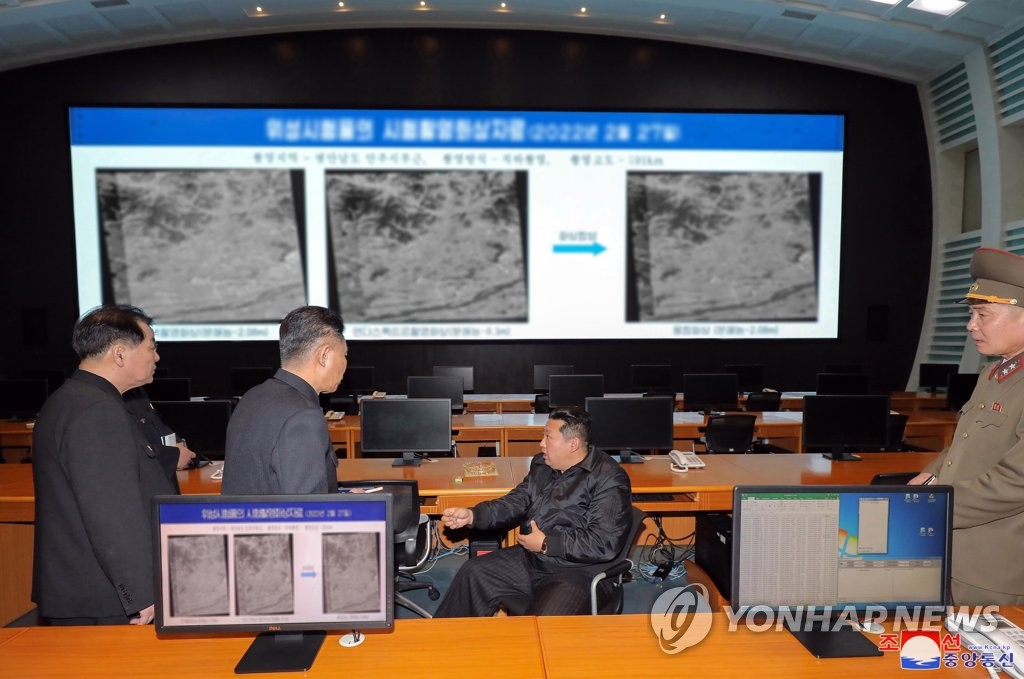 Kim described the satellite development as an "urgent project" and a "political and military priority task" to which the country's ruling party and the government attach "the most importance," and vowed "a lot of" military satellites will be put into orbit in the next five years.

The KCNA dispatch did not elaborate when the visit was made, but the North's state media usually reports on the leader's activities a day later.

Amid a prolonged deadlock in nuclear negotiations with the United States, the North has been upping the ante on the Korean Peninsula in recent months with nine rounds of missile launches, including those involving intermediate range and hypersonic missiles.

Experts worry the latest missile test could be a prelude for preparations for a long-range rocket launch after the North made a veiled threat in January to suspend its self-imposed moratorium on nuclear and intercontinental ballistic missile (ICBM) tests.

In the past, the North claimed to have sought to put satellites into orbit as part of a "peaceful" space development program, while the U.S. and its allies viewed it as part of efforts to master the country's ICBM technology.

The Seoul government urged Pyongyang to halt all activities heightening tensions in the region, while saying it will not jump to conclusions regarding the North's intention behind the latest activities.

"We will monitor North Korea's moves in close coordination with related countries, including the U.S., and the international community and prepare for all possibilities," an official at Seoul's Ministry of Unification handling inter-Korean affairs told reporters.

In response to the North's string of missile tests, the U.S. Indo-Pacific Command said Wednesday it has intensified its intelligence collection activities around the Korean Peninsula, with the missile defense forces in the region ordered to increase alert.

"We have made clear our concern over the significant increase in DPRK missile testing activity, which undermines peace and security and is destabilizing to the region and the international community," the U.S. military said in a statement. 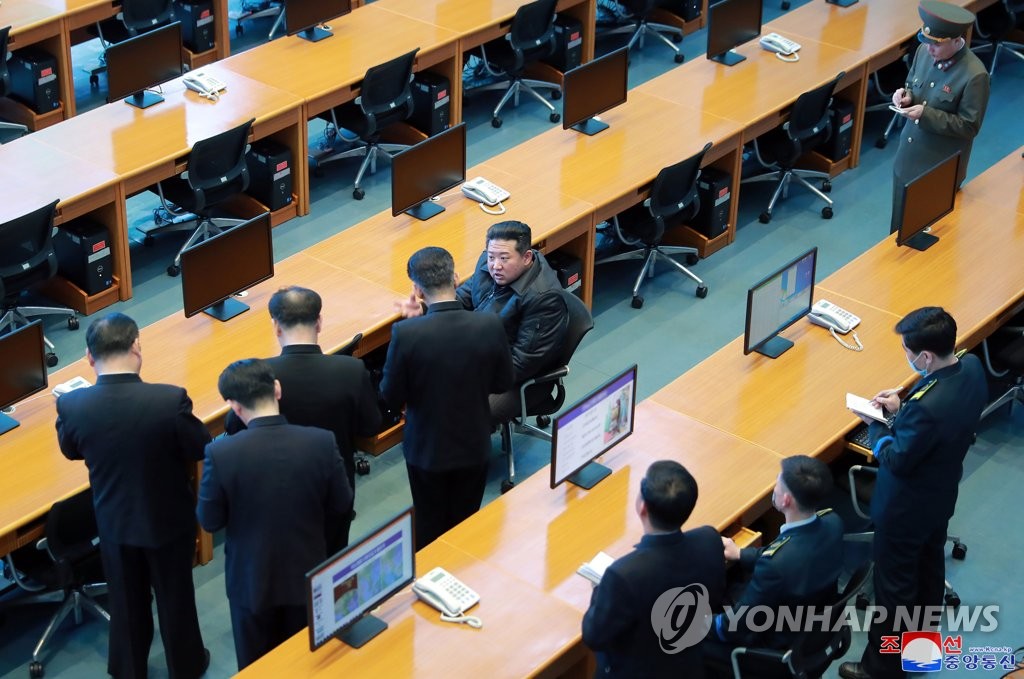