SEOUL, March 10 (Yonhap) -- President-elect Yoon Suk-yeol is expected to place top priority on creating jobs and easing regulations with a pro small government stance in a bid to prop up the economic recovery from the COVID-19 pandemic amid heightened economic uncertainties.

During his campaigning, Yoon, 61, criticized liberal President Moon Jae-in for pursuing state-led economic growth, saying the private sector should be the driving force for a "fair and innovative" economy.

"The economic paradigm should be completely changed, led by the private sector and innovation, not by the government and its debt-incurring spending," Yoon said.

But Yoon will inherit a South Korean economy that needs calibrated policy measures as Russia's invasion of Ukraine raises fears of stagflation, a mix of high prices and slumping growth, amid surging energy costs. 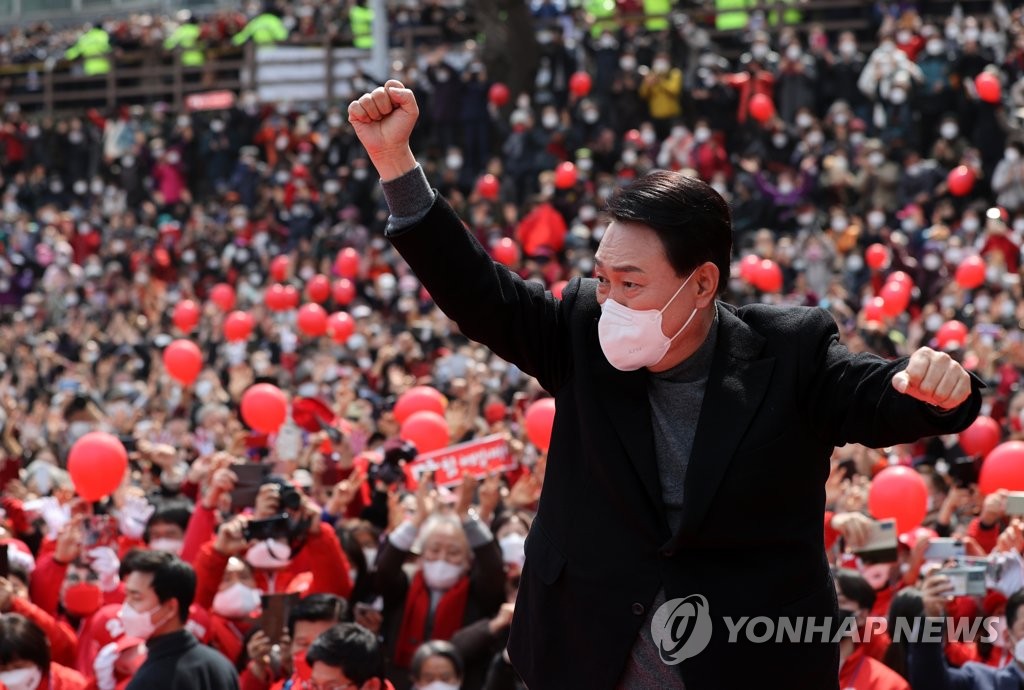 Asia's fourth-largest economy is on a recovery track on the back of robust exports. But South Korea faces increased economic downside risks at home and abroad amid the upsurge in COVID-19 cases, global supply disruptions and the Ukraine crisis.

Citing brisk exports and improving private spending, the Bank of Korea (BOK) forecast the Korean economy to grow 3 percent this year after a 4 percent expansion last year. The BOK expects consumer prices to grow 3.1 percent this year, far above its inflation target of 2 percent.

Concerns are growing that the economic growth may lose steam to the 2 percent range as international sanctions against Russia could sap global demand, possibly hurting South Korea's exports.

Inflation growth could spike to the 4 percent range in the coming months as the Ukraine conflict has jacked up energy costs. The Korean currency's sharp weakness against the U.S. dollar has boosted import bills, putting upward pressure on inflation.

The U.S. ban on imports of Russian oil and energy products is likely to fuel already high oil prices. South Korea depends mainly on imports for its energy needs. 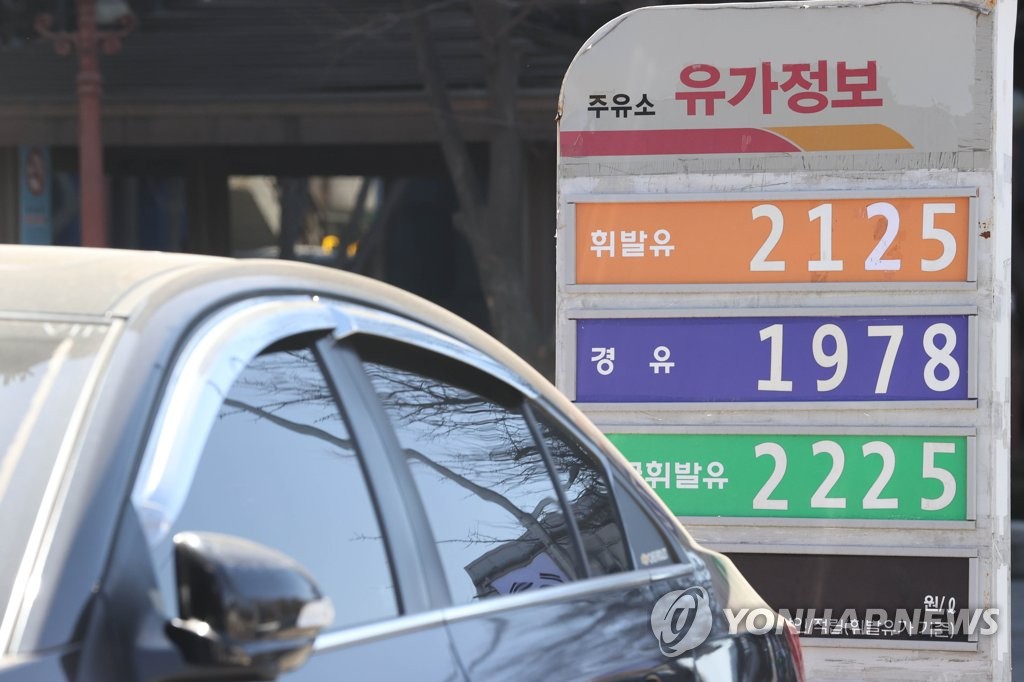 Yoon is expected to seek expansionary fiscal spending to support businesses hit hard by the pandemic and underpin the economic recovery.

Yoon promised to spend around 50 trillion won (US$40.6 billion) to compensate small merchants for their losses caused by antivirus restrictions.

Since 2020, the Moon government has drawn up seven rounds of extra budgets totaling some 134 trillion won to cope with the fallout of the COVID-19 pandemic.

The incoming government is also likely to create another supplementary budget to fund Yoon's compensation program.

Yoon said he will cut unnecessary expenditures and use tax revenue to finance his spending plan. But given the hefty amount of support, it would be inevitable for the new government to resort to debt sales.

Yoon is also forecast to focus on building business friendly environments and offering support to companies in a bid to encourage them to create quality jobs.

"Can we create jobs with taxes? Job creation is possible when firms make investments," Yoon said during a campaign event Sunday.

Yoon also aims to double the country's potential growth rate to 4 percent from the current 2 percent and build a sustainable welfare system with the strong economic growth. 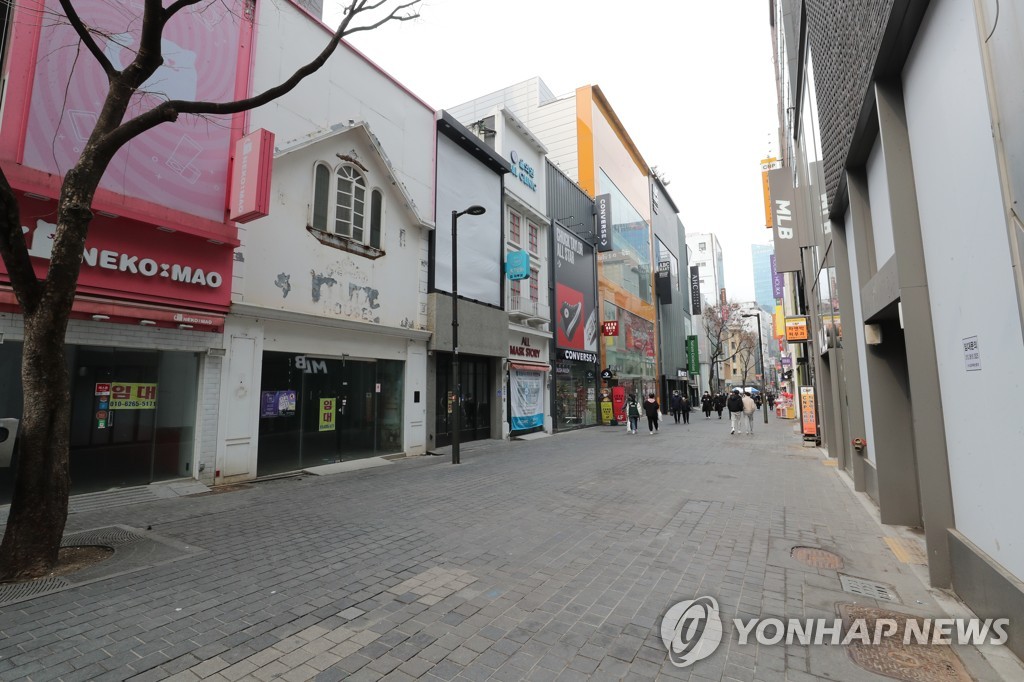 In regard to the housing market, Yoon is expected to reform the property-related tax scheme.

Public discontent over the Moon administration's real estate policy mounted as skyrocketing home prices drove up tax burdens on homeowners and raised costs for people who seek to rent or buy homes.

The government unleashed a set of measures to stabilize the housing market, including tax hikes and tighter lending rule. But the measures led to only a short-term letup in home prices as demand for homebuying continued.

He pledged to supply 2.5 million new homes during his term and ease rules on reconstruction and redevelopment.

Yoon has not mentioned any plan to increase taxes, while the implementation of his election pledges would require trillions of won. He said he will "cautiously" push for the introduction of carbon taxes, but details are not known.

On state finances, Yoon promised to introduce a new fiscal rule within one year after he takes office on May 10.

In 2020, the finance ministry proposed a fiscal rule that would limit the country's debt to 60 percent of its GDP or its fiscal deficit to 3 percent starting in 2025. The new rule is subject to parliamentary approval.

Yoon criticized the government's proposed rule for being "not realistic," given that the national debt has been rising at an alarming pace.

South Korea faces growing pressure on public finances as its chronically low birthrate and rapid aging will sharply jack up welfare costs over the long term. 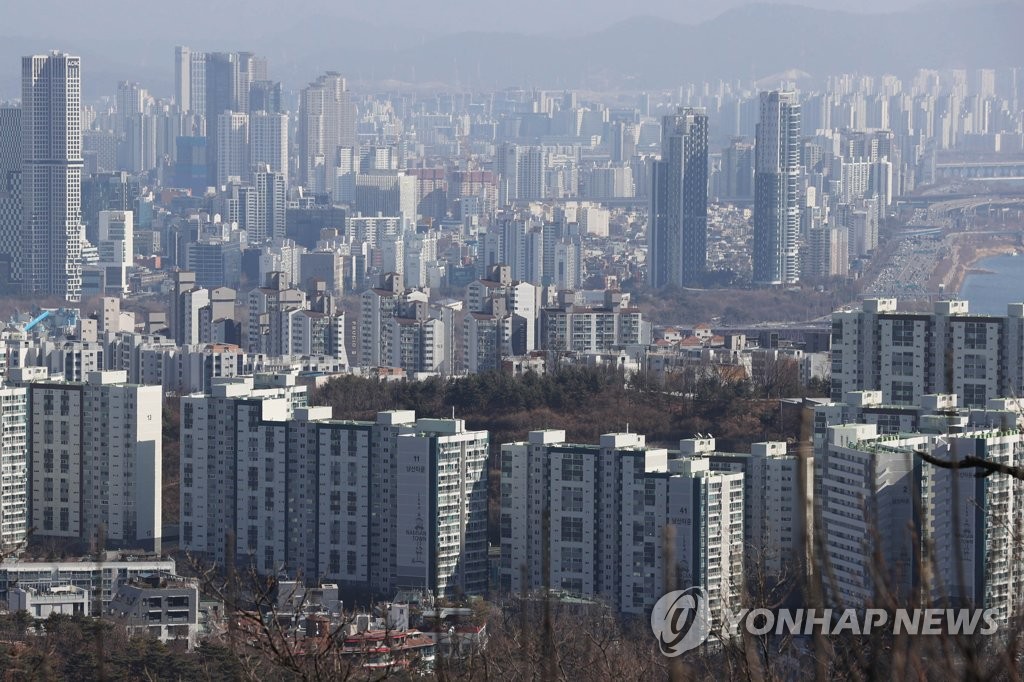