SEOUL, March 10 (Yonhap) -- President-elect Yoon Suk-yeol is expected to try to improve his relations with powerful businessmen he had helped convict and imprison over a series of wrongdoings as a prosecutor.

Working as a career prosecutor most of his life, the 61-year-old Yoon had gone after a number of top chaebol executives suspected of committing bribery and corruption.

In February 2017, Lee, vice chairman of Samsung Electronics Co., was arrested for giving Park's confidant tens of millions of dollars in bribes in exchange for the government's backing of a merger between two Samsung affiliates in 2015, seen as a critical step to consolidate Lee's power at the group.

The investigators, including the team leader Yoon, initially failed to obtain an arrest warrant against Lee but succeeded in their second attempt by corroborating their investigation.

Yoon played a key role in winning the legal battle against the Samsung heir, who was eventually sentenced to 2 1/2 years in prison in January last year. Some seven months later, Lee was granted parole and released from prison.

But Lee is still standing trial over a suspected fraud and stock manipulation case in relation to the controversial merger and suspected accounting fraud at Samsung Biologics, the biotech arm of South Korea's Samsung Group.

Earlier in the day, Lee happened to be attending his trial at the Seoul Central District Court, about the same time when Yoon was delivering an acceptance speech at the National Assembly, calling for national unity and vowing to "follow the people's will" as a new president. 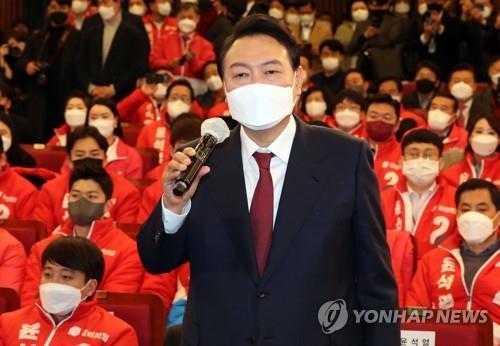 Prior to the bribery case, Yoon investigated SK Group Chairman Chey Tae-won on allegations that Chey embezzled tens of billions of won from the group's affiliates. The probe led to Chey's arrest in court in January 2013. Chey was eventually convicted and sentenced to four years in prison.

Further back in 2006, the former prosecutor also helped arrest Chung Mong-koo, chairman at Hyundai Motor Group at that time, on charges of creating slush funds.

Chung was sentenced to three years in prison in February 2007, and his prison term was suspended for five years at an appellate court in June next year.

Yoon's decades-old career of going after corrupt business executives earned him a nickname, the Grim Reaper.

"He may have had bad relations with some business leaders, but he seemed to have gained growing support from the business circle over his embrace of a market economy, among others" one industry source said.

On his campaign trails, Yoon of the conservative People Power Party promised to give his full support to South Korean companies if they create more jobs and increase domestic investment.

"If I were elected president, I will carry business leaders on my back who create jobs," he said during one recent campaign rally in Bucheon, west of Seoul.

"Why on earth creating jobs with taxes? There will be more job creation when companies are encouraged to make an investment," he said, taking a jab at President Moon Jae-in over his push for state-arranged short-term jobs.

"I will ease regulations and reduce taxes for companies which bring back factories home," he added. 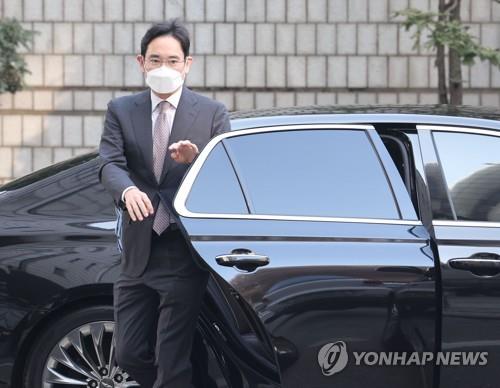 Yoon also promised to let the private sector drive economic growth and to remove around 80 types of regulations that he said were tying up businesses, although the details still remain sketchy.

As part of deregulation efforts, he vowed to initiate a major shift toward a negative regulatory system under which everything is allowed except for those prohibited by law.

While meeting with Chey, who also serves as head of the Korea Chamber of Commerce and Industry, in December, Yoon reiterated the importance of the private sector's role in revitalizing the economy and his willingness to get rid of red tape.

"(If elected) I will adopt a negative regulatory system across the board, except for the issues that are related to public safety," Yoon said.

The president-elect also unveiled a grand goal of incubating and nurturing 50 unicorn companies, referring to privately held startups valued at more than US$1 billion.

As of the end of last year, there were 18 such companies, including the car-sharing company Socar and the online secondhand marketplace Karrot Market.

Yoon designated a variety of new growth areas, such as artificial intelligence, secondary batteries, health care and finance, and promised to offer them regulatory and financial support. 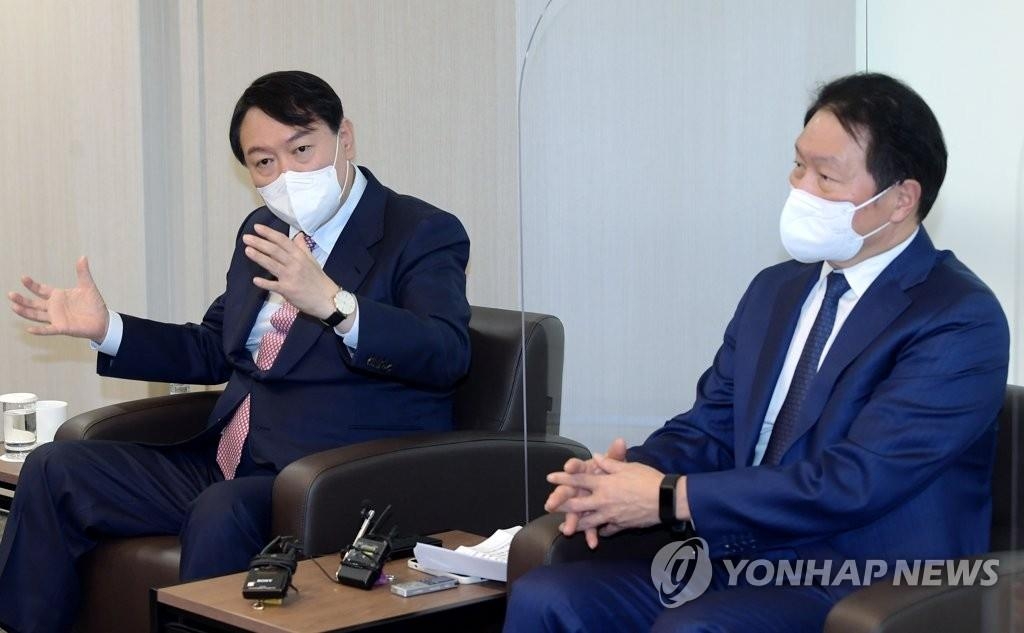 Yoon expected to seek to mend ties with chaebol leaders

Yoon expected to seek to mend ties with chaebol leaders