SEOUL, March 10 (Yonhap) -- Two major umbrella labor unions on Thursday called upon President-elect Yoon Suk-yeol to communicate with the labor community and reflect its voices on government policies after he takes office.

The Federation of Korean Trade Unions (FKTU), which had endorsed the ruling Democratic Party's Lee Jae-myung as South Korea's next president, asked Yoon to come up with policies that recognize the value of labor and the importance of workers in a statement issued after Yoon's victory.

The FKTU, in particular, asked Yoon to focus on overcoming the COVID-19 pandemic, saying most people are worn out from the prolonged pandemic.

The more militant Korean Confederation of Trade Unions (KCTU), which had supported minor progressive Justice Party presidential candidate Sim Sang-jeung, said Yoon's remarks during the election campaign showed ignorance and disregard of labor, urging him to start listening to the opinions of workers.

"The next five years will be hell for workers and heaven for capitalists," the KCTU said. 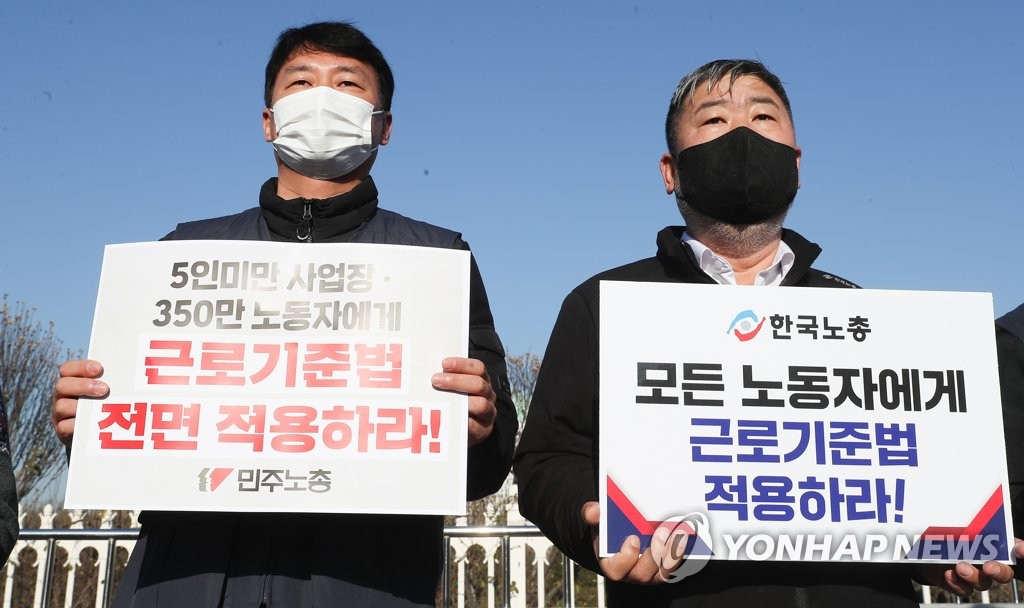