"And we've been very clear that we condemn the ballistic missile launch. This launch, like the other launches earlier this year, is a clear violation of multiple U.N. Security Council resolutions," he added. 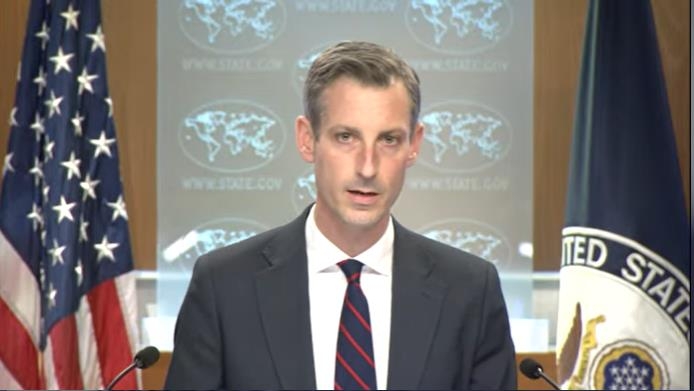 Pyongyang claims its two most recent launches were aimed at developing a new reconnaissance satellite.

The U.S. administration official, who spoke to reporters earlier, noted the North may test its new ICBM at full range but disguise it as a space launch.

"It demonstrates the threat that is posed by the DPRK's illicit weapons of mass destruction program, its missile program," Price said of the recent North Korean missile launches. "These are threats that really strike at peace and security within the Indo-Pacific and beyond."

"We have continued to reach out to the DPRK. We are committed to pursuing a diplomatic approach to this challenge. We've made very clear that we have no hostile intent towards the DPRK and we are prepared to meet with the DPRK," he said.

"It is up to the DPRK to determine whether they wish to engage in this serious and this sustained diplomacy that we think can address security challenges and help achieve our ultimate objective of a complete denuclearization of the Korean Peninsula," added Price.

He also said the U.S. looked forward to working with South Korea's President-elect Yoon Suk-yeol, who will be inaugurated on May 10.

"At the top of that list when it comes to the Indo-Pacific is the threat that is posed by the nuclear weapons and ballistic missile programs of the DPRK."