The current account surplus came to US$1.81 billion in January, marking the 21st straight month that the current account has remained in the black, according to the preliminary data from the Bank of Korea (BOK).

The figure, however, was much smaller than the same month a year earlier when the country logged $6.78 billion in surplus. It was also sharply down from a surplus of $6.06 billion tallied in the previous month. 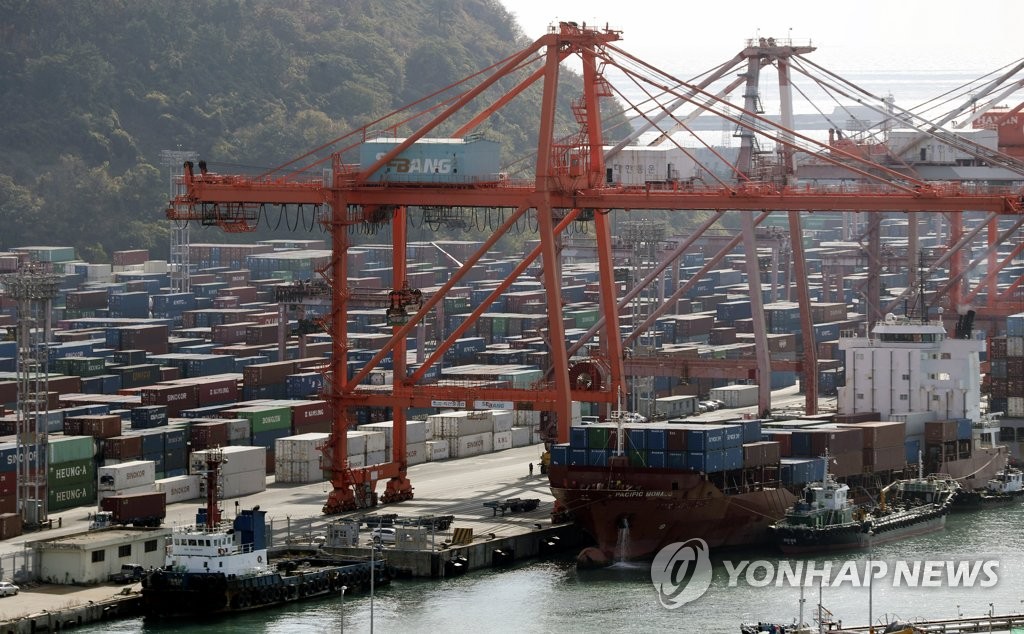 The goods account surplus tracking exports and imports plunged to $670 million in January from $5.58 billion in surplus registered a year earlier, according to the data.

South Korea exported $5.61 billion worth of goods in January, larger than $4.69 billion a year earlier and imports surged over the same period to $5.55 billion from $4.13 billion.

Of the total imports, crude oil imports surged 86.9 percent on-year in January, while purchases of oil products and coal also soared 70.3 percent and 213.8 percent, respectively, over the same period.

Experts worry the ongoing Russian invasion of Ukraine could send oil and commodity prices higher, raising the possibility of driving up energy imports and worsening the country's goods account down the road.

The service account, which includes outlays by South Koreans on overseas trips, posted a deficit of $450 million, narrowing from the previous year's $930 million.

Of the service account, the transport account remained in the black and hit a record high surplus on the back of rising freight rates and recovering demand for shipments. Its surplus jumped to $2.32 billion in January from the previous year's $930 million.

The primary income account, which tracks wages of foreign workers and dividend payments overseas, posted a surplus of $1.88 billion in January, but the amount was smaller than the $2.57 billion tallied a year earlier, according to the data.