Pak also said the U.S. remains committed to dialogue with the North but that would not stop it from calling out Pyongyang's bad behavior.

"I know that there's been some calls for reducing sanctions or lifting sanctions or putting a lot on the table to get the DPRK to talk to us," the U.S. diplomat said, referring to North Korea by its official name, the Democratic People's Republic of Korea.

"But I would strongly disagree with those who would offer sanctions relief to the DPRK even as it, as we know, that they are advancing and demonstrating their nuclear and nuclear weapons capabilities," she added, while speaking in a webinar hosted by the Center for a New American Security, a think tank based in Washington. 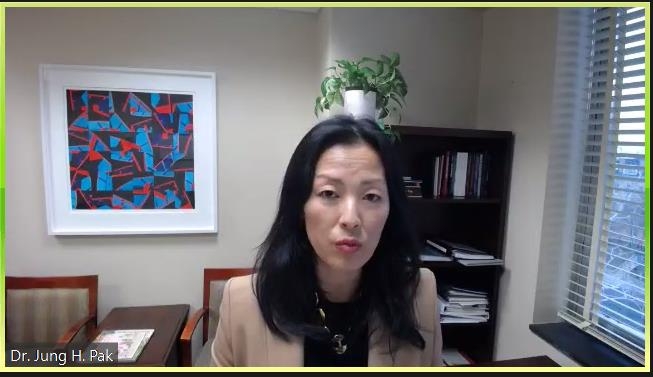 Pak said the U.S. remained open to dialogue with North Korea but that it would not make concessions or be silent just to induce Pyongyang back to the table.

"You've heard the deputy secretary and the secretary say that we harbor no hostile intent and the situation is such that it is important for the DPRK and the U.S. to come to talk and discuss matters of mutual concern," she said.

"Having said that, though, I want to add that our desire for diplomacy and dialogue with the DPRK is not going to prevent us from calling out its bad behavior," she added.

North Korea also staged seven rounds of missile tests in January, the largest number of missile launches it conducted in a month.

Pak said the U.S. will continue to seek a practical and calibrated approach toward North Korea, saying, "It makes the most sense."

"And we remain committed to our international obligations ... and, of course, the driver for that is to make sure that we constrain the resources that the DPRK has available to continue its unlawful WMD programs," she added.

A senior U.S. administration official earlier said the Department of Treasury will announce a set of steps on Friday to hinder North Korea's nuclear and ballistic missile programs.