SEOUL, March 11 (Yonhap) -- South Korea's exports rose 14.9 percent in the first 10 days of March from a year earlier on the back of demand for chips and petroleum products, customs data showed Friday.

The country's outbound shipments stood at US$18.7 billion in the March 1-10 period, compared with $16.3 billion a year earlier, according to the data from the Korea Customs Service.

Imports gained 15.3 percent on-year to $20.1 billion, resulting in a trade deficit of $1.39 billion during the cited period, the data showed. 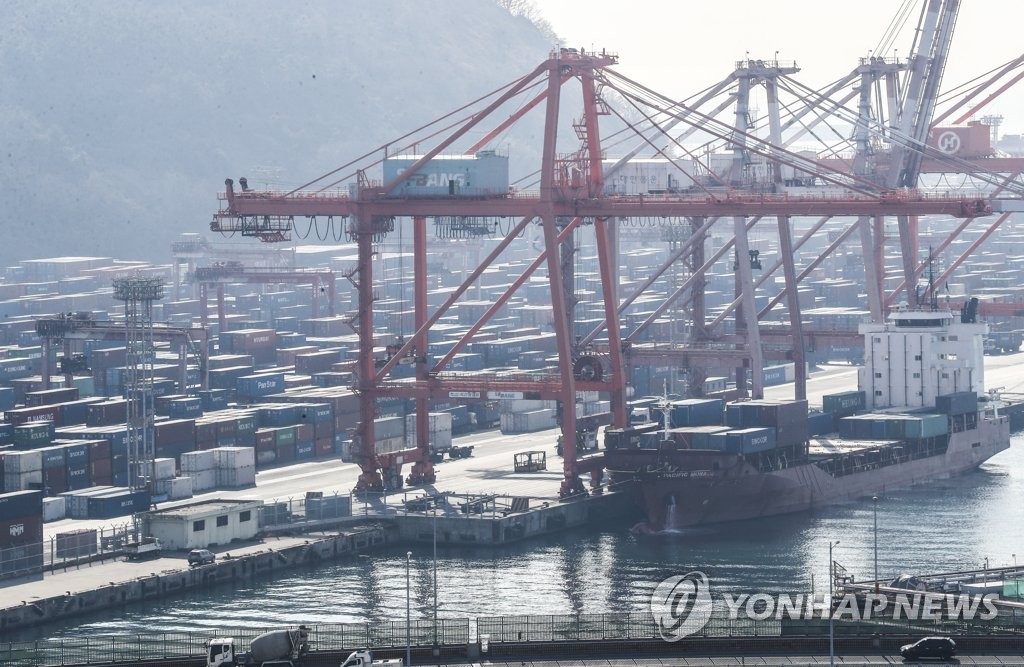 Russia's invasion of Ukraine has jacked up already high oil prices amid concerns about supply disruptions. South Korea heavily relies on imports for most of its energy needs.

Meanwhile, exports of autos fell 28 percent on-year, and those of telecommunication products declined 10.9 percent. Autos accounted for some 7 percent of South Korea's exports.

Asia's fourth-largest economy is on a recovery path on the back of robust exports.

Exports, which account for half of the economy, rose 20.6 percent on-year in February, extending their gains to the 16th straight month.

The Bank of Korea forecast the South Korean economy will expand 3 percent this year after 4 percent growth last year. The finance ministry expects the Korean economy to grow 3.1 percent in 2022.