SEOUL, March 11 (Yonhap) -- The ongoing wildfires in east coastal mountain areas have so far burned nearly 24,000 hectares of woodland since they started a week ago, becoming the country's most devastating on record, a government agency said Friday.

The blaze that started in the east coastal town of Uljin last Friday, about 330 kilometers southeast of Seoul, has spread to nearby areas and continued for the 8th day.

An estimated total of 23,993 hectares of woodland had been scorched so far in the wildfires as of 6 a.m. Friday, surpassing the biggest wildfires recorded in 2000 in terms of the size of land devastated, according to the Central Disaster and Safety Countermeasure Headquarters.

The 2000 wildfires lasted for nine days in east coast areas and burned 23,794 hectares, the most at that time since related data was first compiled in 1986. 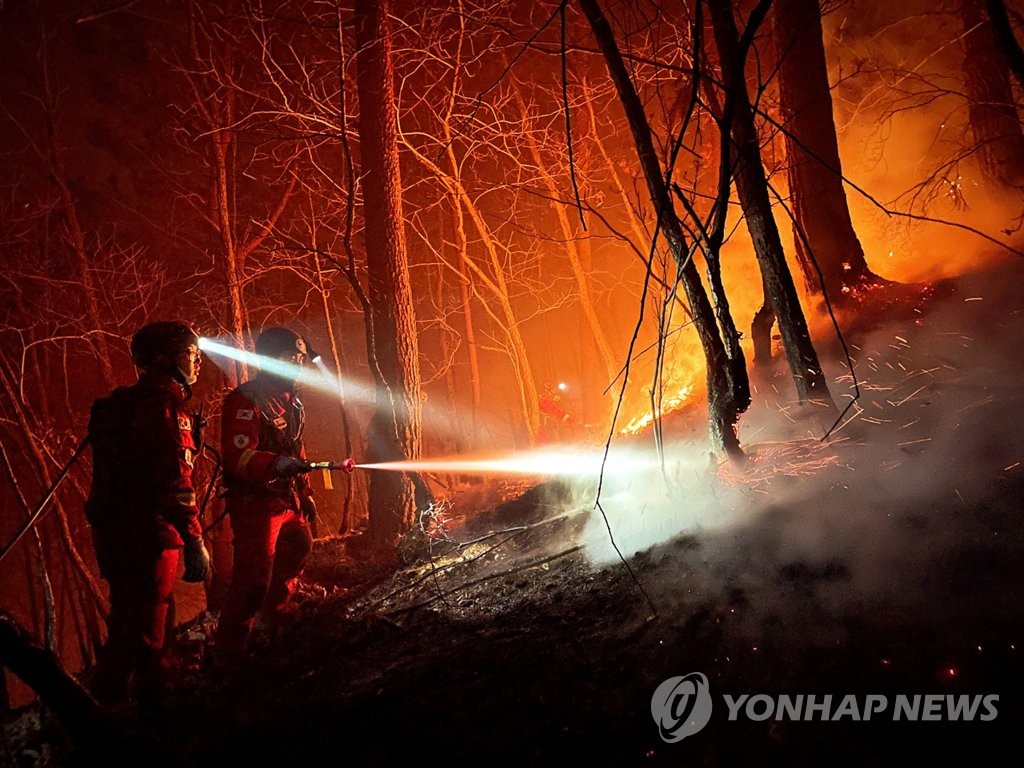 The areas scorched account for the size of 33,604 soccer fields combined, it added.

No casualties were reported, but 648 facilities, including 358 houses, have been reported to have suffered damage. About 390 people from 252 households have been displaced.

The fire extinguishing rate stood at 75 percent in the Uljin and nearby Samcheok areas, while the blaze in Gangneung and Donghae was mostly under control.

Earlier in the day, authorities sent in 1,652 personnel and 372 fire trucks to combat the wildfires in the Uljin-Samcheok areas. 88 helicopters were also expected to join the operation later in the day. 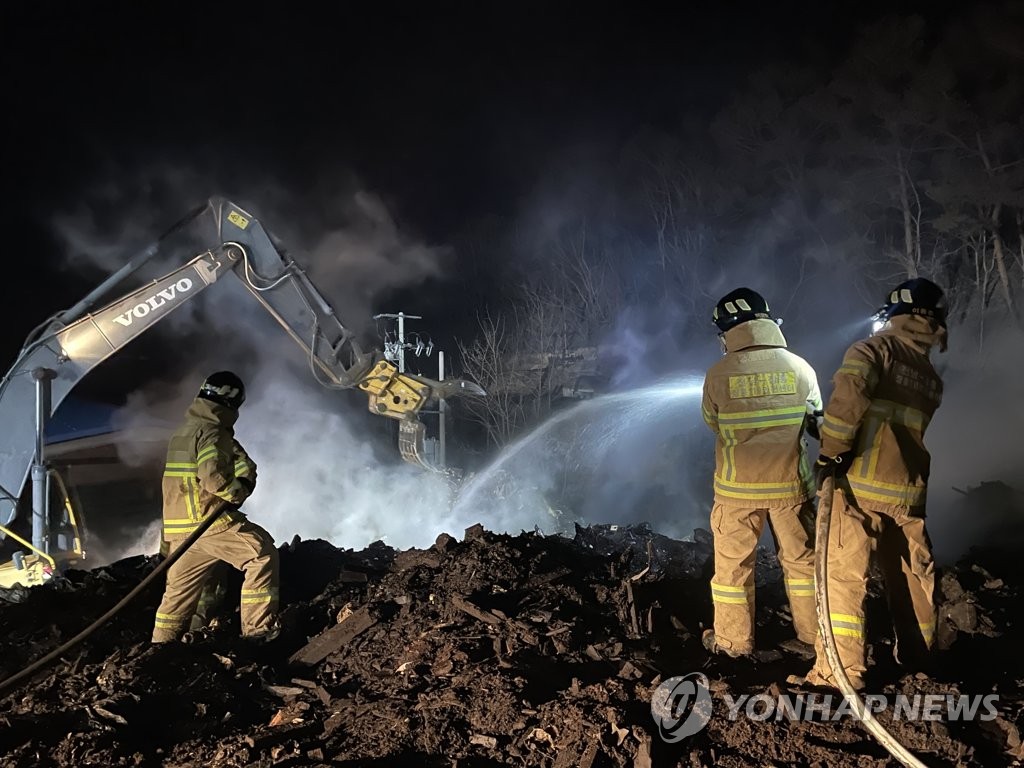 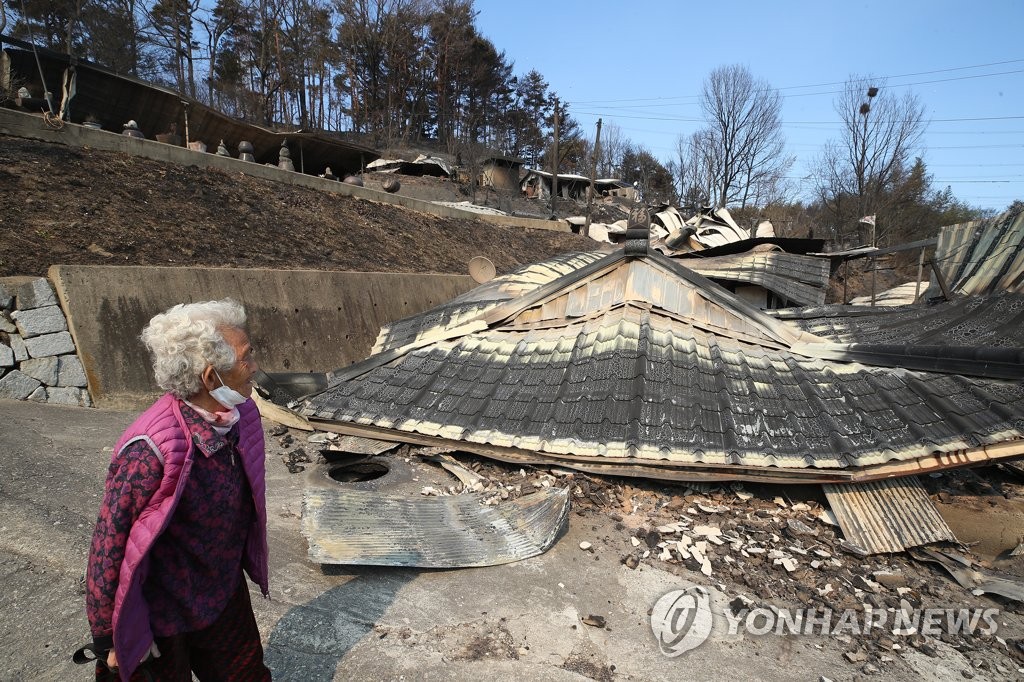 Wildfires on east coast burn nearly 24,000 ha of woodland, most devastating on record

Wildfires on east coast burn nearly 24,000 ha of woodland, most devastating on record