Yoon talked with Kishida two days after his election, saying he hopes the two sides will work together to promote "friendly cooperation" between their countries.

"South Korea and Japan have many future tasks on which we need to work together, such as security in Northeast Asia and economic prosperity," Yoon said, according to a written briefing by his spokeswoman Kim Eun-hye. 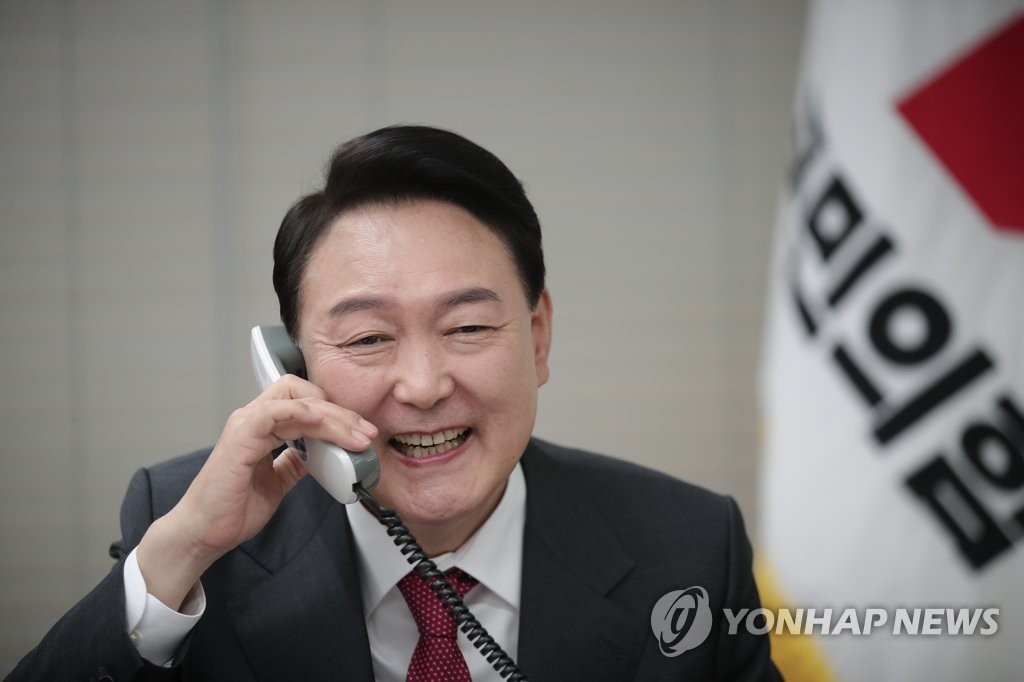 Yoon "stressed the importance of resolving pending issues between the two countries in a rational manner in line with our mutual common interests, and expressed hope that South Korea, the United States and Japan will further strengthen coordination on Korean Peninsula issues once he takes office," Kim said.

Yoon and Kishida also discussed the need for the two countries' young people to understand each other's cultures and increase exchanges, and agreed to seek a summit meeting at an early date after Yoon's inauguration.

During the presidential campaign, Yoon promised to build a "future-oriented" relationship with Japan despite their differences over historical issues, such as Tokyo's mobilization of Korean sex slaves and forced laborers during its 1910-45 colonial rule of the peninsula.

Kishida congratulated Yoon on his election victory, and the president-elect thanked him while offering his condolences over Friday's 11th anniversary of the 2011 earthquake and tsunami in Japan.

Kishida was the second foreign leader to speak with Yoon since his election, after U.S. President Joe Biden on Thursday.

Yoon is set to take office May 10.