The man in his early 30s, who operates an online community site in support of Lee, posted a suicide note at 10 a.m. Thursday after the Democratic Party candidate's loss in the fiercely fought race the previous day was confirmed. 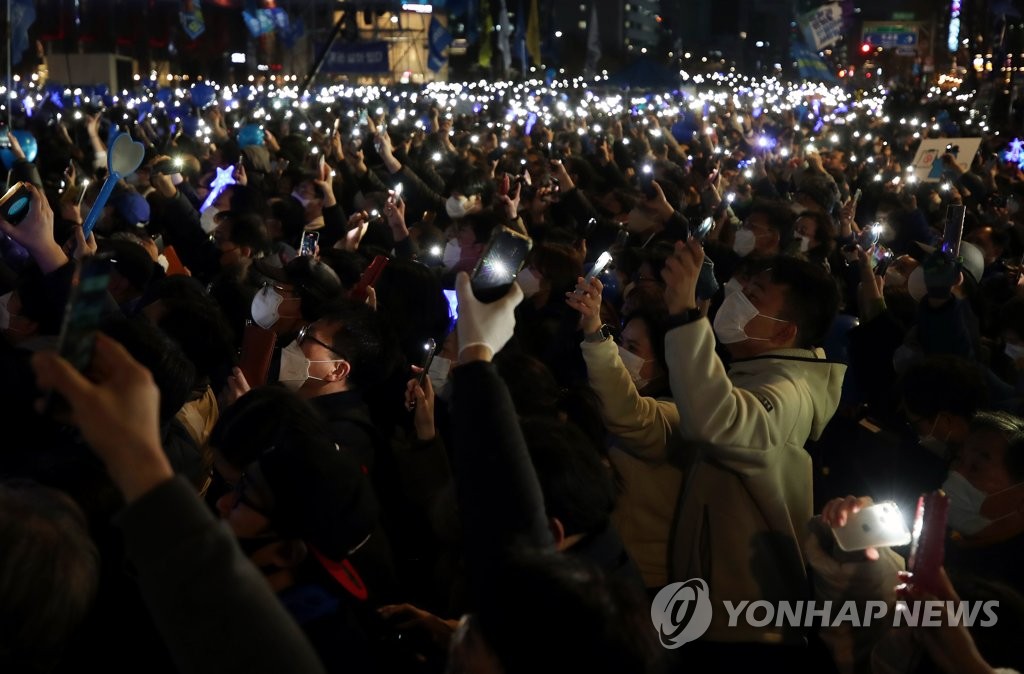 He wrote that he felt like he has lost half of his soul and has suffered from vicious slander and threats while managing the online forum.

Police in Siheung, just south of Seoul, began to search for him at 2:40 p.m. Thursday after receiving reports from his family and the site's members.

Police found him near a local reservoir at around 3 p.m. and handed him over to his family. He was in good health, they said.
(END)