In their meeting in Seoul, the two were expected to discuss how to form the presidential transition committee, with focus on selecting and appointing committee personnel.

Ahn later told reporters that they did not talk about personnel issues at all, but speculation has been growing that he could head the committee to prepare the initiation of the new government. Yoon is set to take office in May.

"We heard that Ahn does think about taking the chairperson post," an official of Yoon's People Power Party (PPP) said. "Considering Yoon's character, if Ahn expresses his intention to take the job, Yoon is likely to accept it." 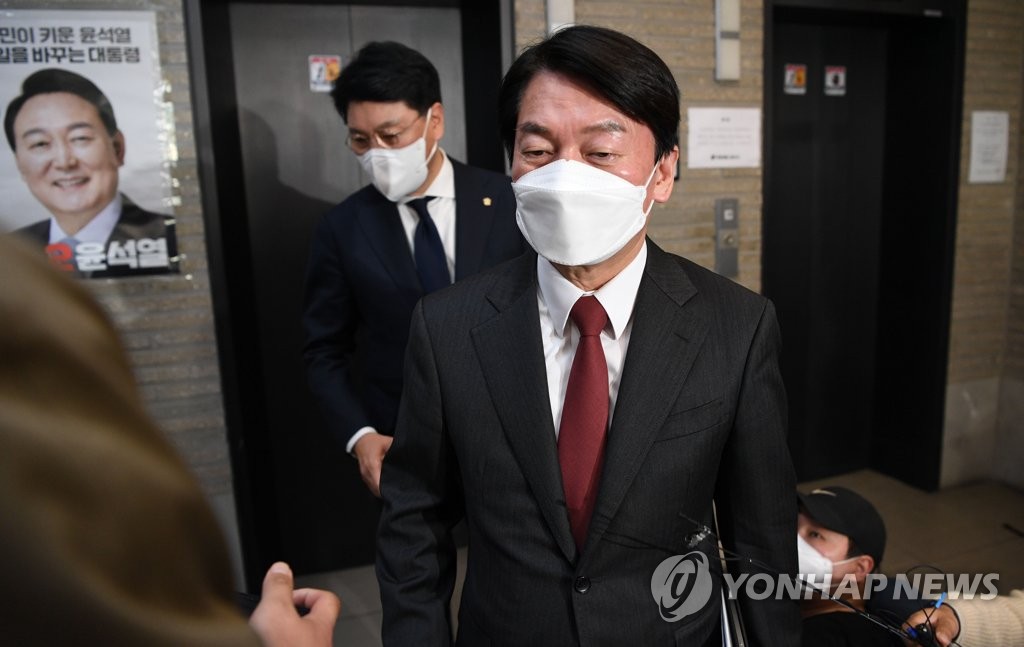 Ahn, an entrepreneur-turned-politician, has been mentioned as a favorite to lead the committee following Yoon's win over the ruling Democratic Party's Lee Jae-myung in Wednesday's election.

When Yoon and Ahn held a joint press conference to announce their candidacy merger on March 3, they said that they will cooperate over the formation of the transition committee and the joint government.

Besides Ahn, veteran politicians Kim Byong-joon and Kim Han-gil have been mentioned as possible candidates for the committee chief. Both worked for the PPP's election campaign committee. 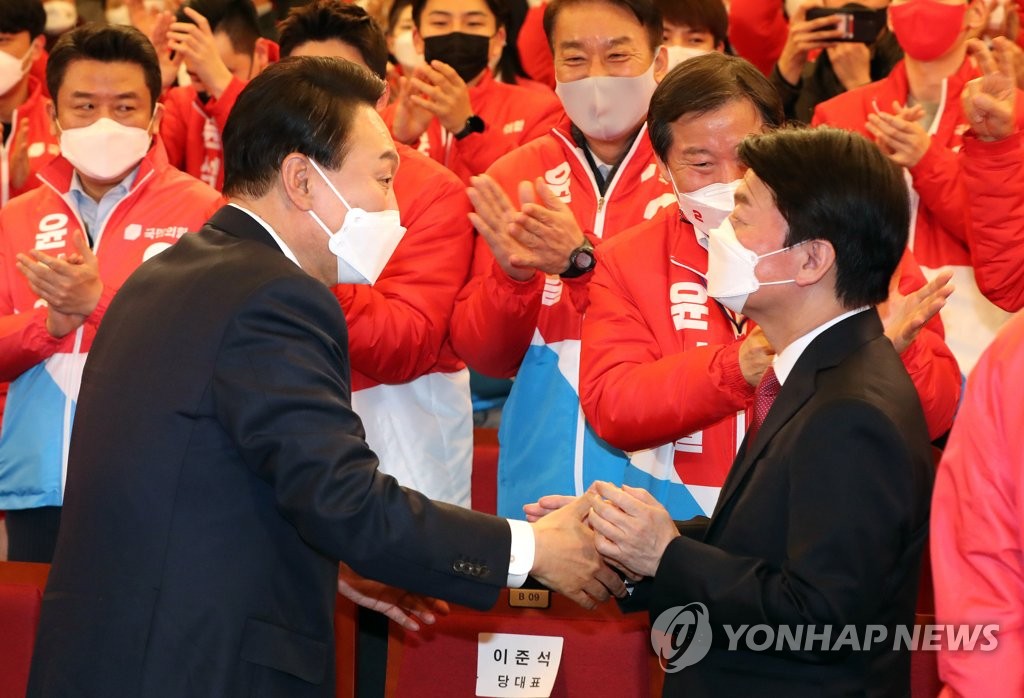 The transition committee will be comprised of seven standing subcommittees, according to Rep. Chang Je-won, Yoon's chief of staff.

The committee will also include a special panel of national unity which will be under the direct control of the president-elect and two task forces dedicated to the COVID-19 crisis and reform of Cheong Wa Dae, Chang said.

The task force of presidential office reform will handle Yoon's pledge to move his work office from Cheong Wa Dae to the government complex in Gwanghwamun, central Seoul.

Chang said the appointment of the committee chairperson is expected to be completed by this weekend, while the selection of committee members is scheduled for next week.

"Although the transition committee is a panel that runs for only about two months, we still need some time for verification (of personnel) since people want to know who will be in it," Chang said.