SEOUL, March 11 (Yonhap) -- President-elect Yoon Suk-yeol vowed Friday to rebuild South Korea's relathionship with the United States to make it commensurate with those of allies promising to defend each other with blood.

Yoon made the remark during a meeting with U.S. Embassy Charge d'Affaires Christopher Del Corso at the headquarters of his conservative opposition People Power Party, saying the U.S. is South Korea's "only ally."

"We are nations that promised to defend each other's security in blood, so our relationship will have to be reestablished accordingly," he said. "I believe all of the items on our agenda, including the economy, climate cooperation, health and medicine, and advanced technologies, should develop comprehensively based on our alliance forged in blood."

Del Corso congratulated Yoon on his election victory two days ago and promised the embassy's close cooperation with the new administration to expand the bilateral relationship.

"From now on we will rebuild the firm relationship between South Korea and the United States across all areas, and be able to contribute to peace and prosperity in our two countries and in the world," he said. 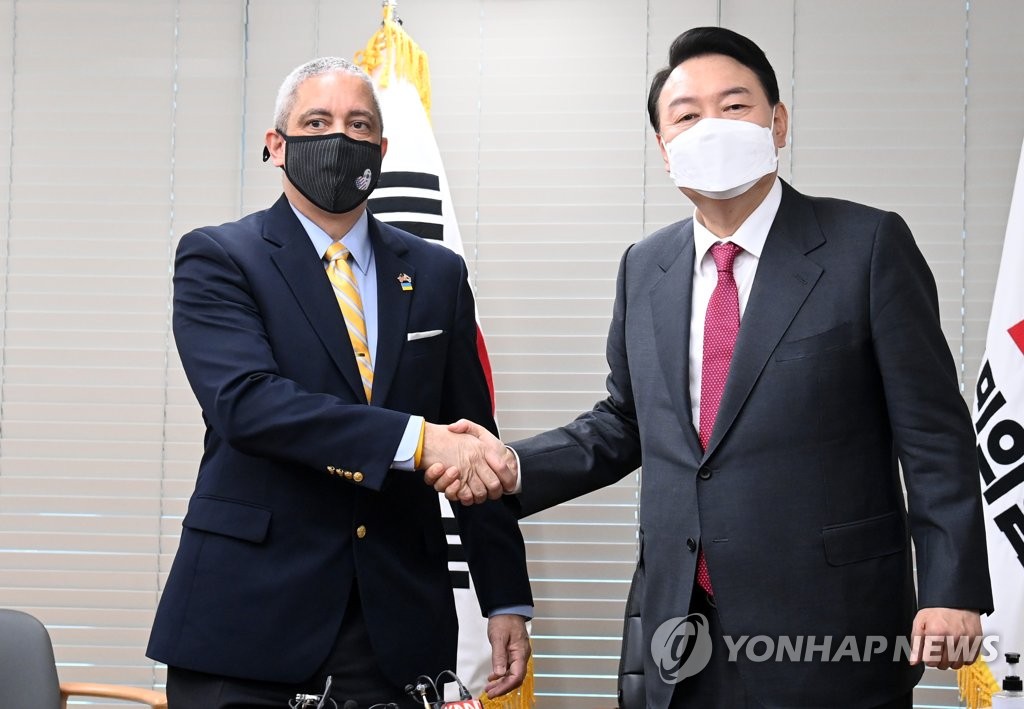 Yoon vows to make relations with U.S. commensurate with those of allies promising to defend with blood

Yoon vows to make relations with U.S. commensurate with those of allies promising to defend with blood