SEOUL, March 11 (Yonhap) -- President-elect Yoon Suk-yeol ramped up diplomacy with South Korea's most important neighbors on Friday, the first full day since his election, vowing to rebuild the alliance with the United States while developing relations with China.

Yoon also spoke by phone with Japanese Prime Minister Fumio Kishida and stressed the importance of resolving pending issues between the two countries in a mutually agreeable manner.

Yoon was elected Wednesday on a platform of deepening the alliance with the U.S., "retooling" ties with China and building a "future-oriented" relationship with Japan despite their differences. 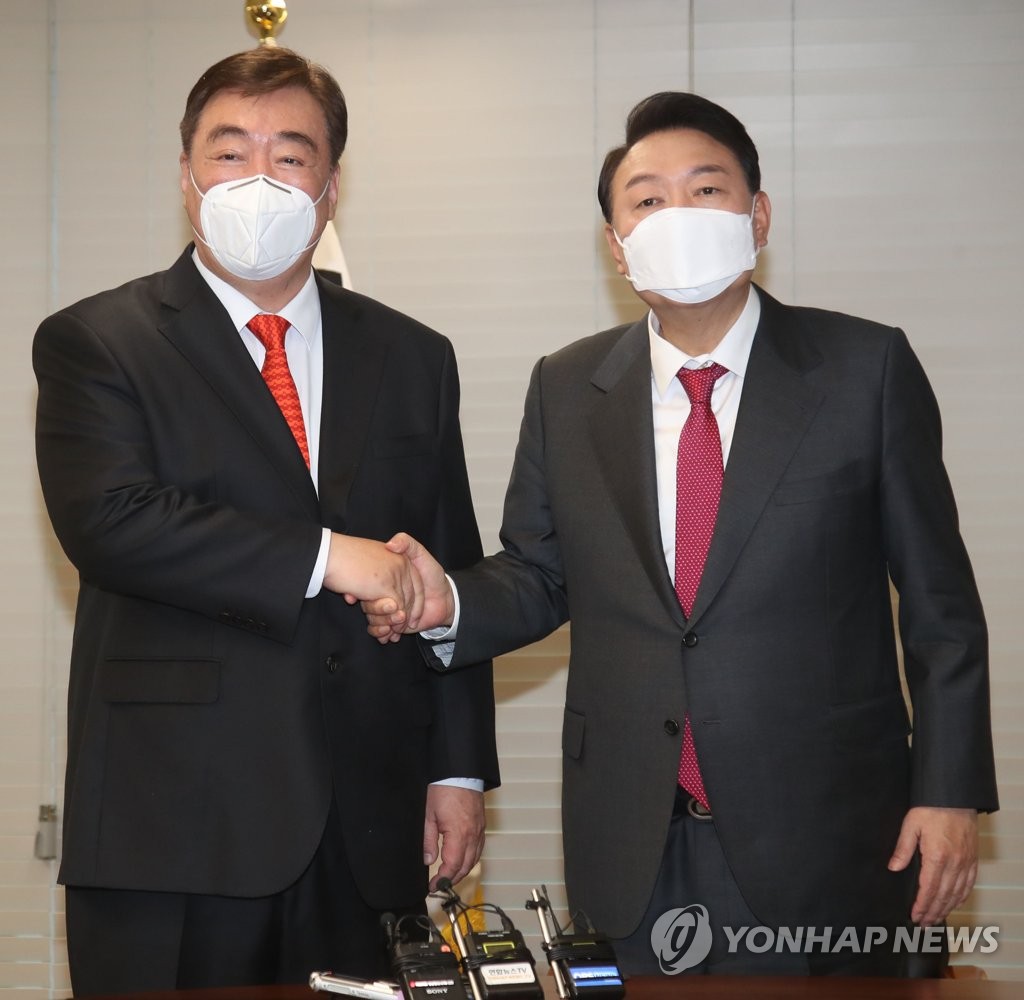 In his phone call with Kishida, who was the second foreign leader to speak with Yoon after U.S. President Joe Biden, the president-elect said he hopes Seoul, Washington and Tokyo will further strengthen coordination on Korean Peninsula issues, according to his spokesperson, Kim Eun-hye.

Yoon also "stressed the importance of resolving pending issues between the two countries in a rational manner in line with our mutual common interests," she said.

Yoon later held a meeting with Chinese Ambassador to Seoul Xing Haiming and expressed confidence that the two countries' relationship will develop further as they mark the 30th anniversary of establishing diplomatic ties this year.

"The establishment of diplomatic relations was of great help to our two countries' people in many ways," he said at the meeting held at the headquarters of his conservative opposition People Power Party (PPP). "It also helped economic development." 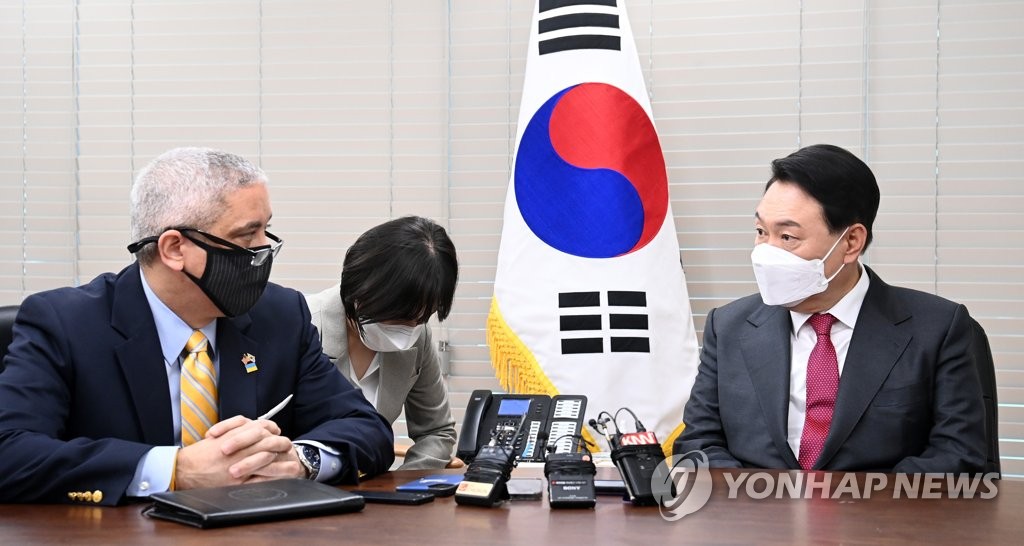 Xi wrote that China is willing to "deepen our friendly cooperation to promote the stable and long-term development of the China-South Korea strategic cooperative partnership relationship and bring welfare to the two nations and our peoples."

Yoon also met with the top U.S. envoy to Seoul and hailed the two countries' alliance, saying he believes the partnership should extend to areas beyond security to the economy, climate cooperation, health and technologies.

"We are nations that promised to defend each other's security in blood, so our relationship will have to be reestablished accordingly," he said at the meeting with U.S. Embassy Charge d'Affaires Chris Del Corso held at the PPP headquarters.

"From now on we will rebuild the firm relationship between South Korea and the United States across all areas and be able to contribute to peace and prosperity in our two countries and in the world," he said.

Separately, public interest has been high in how Yoon plans to run his transition committee and government.

The president-elect had lunch with Ahn Cheol-soo, the leader of the minor opposition People's Party, amid speculation Ahn will head the transition committee in exchange for his withdrawal from the presidential race last week.

Sources close to Yoon also said the president-elect is determined to reorganize the presidential office into a number of public-private joint committees across sectors and effectively relocate the office from the Cheong Wa Dae compound to the government complex in Gwanghwamun. 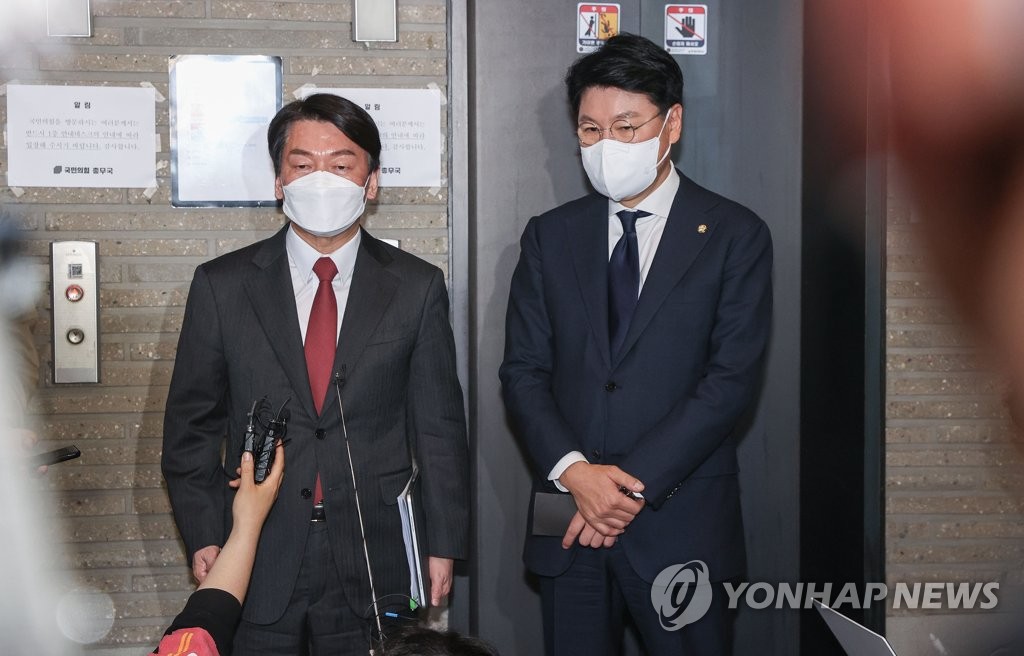