It is Air Premia's third cargo-only international route after the carrier began to offer cargo flights to Singapore in December and Vietnam in January.

The company said it will consider starting passenger flights on the routes depending on the condition of the pandemic.

In November, the carrier partnered with French air cargo services agent ESG Group to offset low demand in the passenger business division amid the pandemic.

Air Premia opened the Gimpo-Jeju route in August, one month after it obtained government approval for offering commercial flight services.

This year, the company is planning more cargo flights to other Southeast Asian countries and the United States. It operates a 309-seat B787-9 passenger jet and plans to add another B787-9 plane to its fleet in the second quarter. 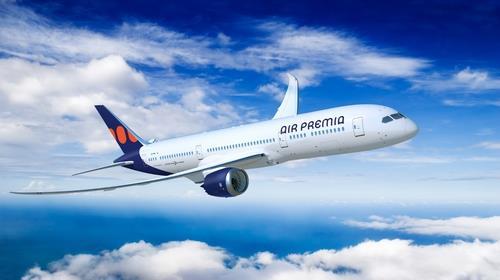