Indications have also emerged the North has started work to remove South Korean-built facilities at the Mount Kumgang resort on its east coast, once a symbol of inter-Korean reconciliation, in yet another move likely to raise cross-border tensions.

The moves came as Seoul and Washington are stepping up combined defense amid concerns Pyongyang could engage in provocative acts after its veiled threat in January to lift a voluntary moratorium on nuclear and intercontinental ballistic missile tests.

The North appears to be restoring part of the four tunnels at the nuclear test site, which the North claimed to have demolished in May 2018 in the presence of international reporters to demonstrate its willingness to denuclearize, the sources said.

Tunnels 3 and 4 could be under restoration, as the North has claimed Tunnel 1, the site of its first nuclear test in 2006, already collapsed, while Tunnel 2 was used for the North's next five underground nuclear experiments.

Seoul officials have presumed it might be difficult to immediately restore Tunnels 1 and 2, but Tunnels 3 and 4 could be usable after restoration work. 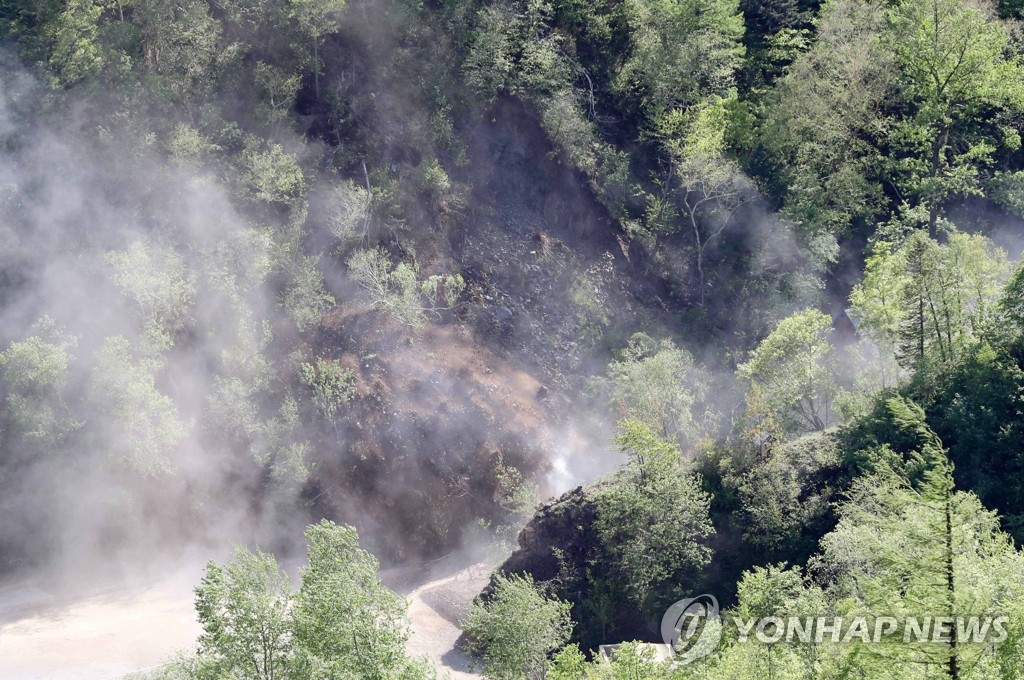 Talk of another North Korean nuclear test has emerged, as the North has made the threat to upend the moratorium on strategic weapons and is pushing for five key national defense projects, including developing a "super-large" warhead.

Pyongyang is also said to have set in motion its work to remove South Korean-built facilities at Mount Kumgang.

In October 2019, North Korean leader Kim Jong-un called for tearing down all "unpleasant-looking" facilities. But in January 2020, the North notified the South of its plan to postpone the removal work due to the COVID-19 pandemic.

Launched in 1998, the tour program to Mount Kumgang was a major inter-Korean cooperative project. Hyundai Asan, an affiliate of Hyundai Group, had been an operator of the tour program to the mountain until tours came to a halt in 2008, when a South Korean tourist was fatally shot by a North Korean soldier.

The allies are also monitoring activities at the North's Dongchang-ri long-range rocket test site. Moreover, the International Atomic Energy Agency has also spotted indications of activity at the 5-megawatt reactor at the Yongbyon nuclear complex north of Pyongyang.