SEOUL, March 12 (Yonhap) -- South Korea's daily coronavirus cases hit another record high of over 380,000 on Saturday amid the omicron surge, with the death toll surpassing 10,000.

The country reported 383,665 new COVID-19 infections, including 383,590 local cases, raising the total caseload to 6,206,277, according to the Korea Disease Control and Prevention Agency (KDCA). 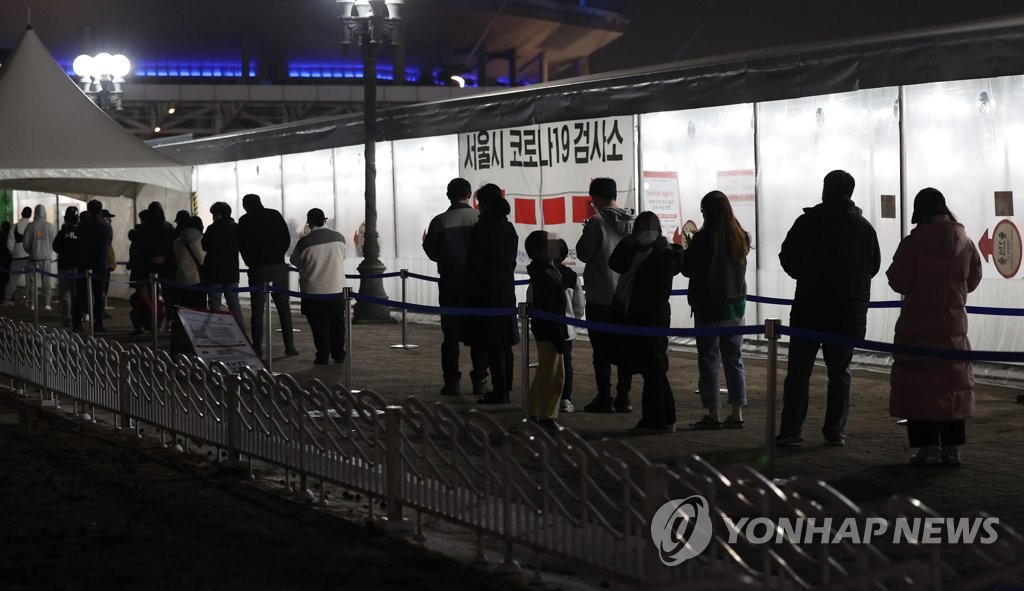 The more transmissible omicron variant-fueled surge in infections has led to more COVID-19 deaths, and severe and critical virus cases.

The country confirmed 269 more COVID-19 deaths, breaking the previous record of 229 set Friday. The accumulated deaths came to 10,144, and the fatality rate was 0.16 percent.

As of 6 p.m. Saturday, the country had reported 296,065 more cases, down 2,601 from the same time the previous day, according to health authorities and provincial governments. Daily cases are counted until midnight and announced the following morning.

The health authorities earlier said the country is expected to experience the peak of the pandemic in the coming week.

The government is also planning to revise the current treatment system for COVID-19 patients to better use scarce medical resources.

Starting next week, virus patients hospitalized with minor symptoms will be able to receive treatment at general hospital wards. 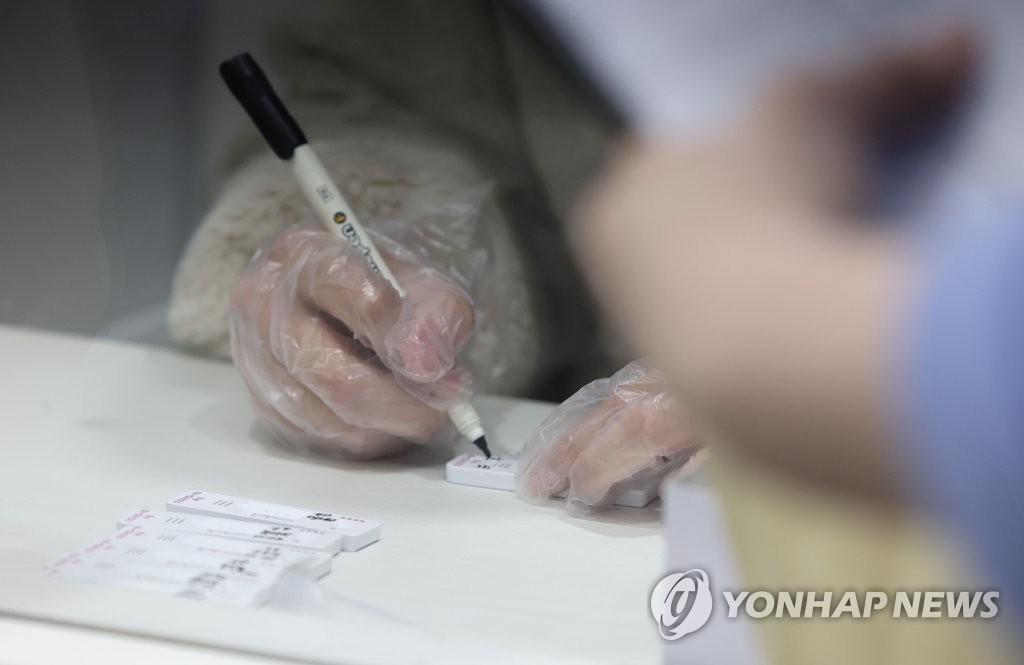 Also starting March 21, fully vaccinated South Koreans and foreign visitors from overseas do not need to self-quarantine, except for those from Pakistan, Uzbekistan, Ukraine and Myanmar.

Currently all people who enter South Korea should self-quarantine for seven days regardless of their vaccine status.

Beginning in April, foreign visitors and South Koreans who return home from overseas trips will be allowed to take public transportation from the airport to their destinations. Currently, only private cars and "quarantine taxis" are permitted as a means of transportation.

Those measures are part of the Seoul government's move to relax its antivirus regulations and deal with the unrelenting omicron surge.

It has shifted its focus to preventing deaths and using medical resources to treat more serious cases by ramping up the use of rapid antigen self-test kits and at-home treatment, scrapping its rigorous contact tracing program.

The government eased social distancing curbs, such as nighttime curfews, last week to help struggling small businesses. Cafes and restaurants, among others, are now allowed to stay open until 11 p.m.

Of the locally transmitted cases reported Saturday, Seoul reported 80,437 new cases. The surrounding Gyeonggi Province and the western city of Incheon added 107,943 and 23,738 new infections, respectively. Cases from overseas went up 76 to 30,206.

As of midnight, 32.06 million people, or 62.5 percent of the country's 52 million population, had received booster shots. The number of fully vaccinated people came to 44.4 million, accounting for 86.5 percent.