SEOUL, March 13 (Yonhap) -- President-elect Yoon Suk-yeol named his candidacy merger partner Ahn Cheol-soo chairman of the transition committee Sunday, making the first step to take over the administration and set the agenda for the next five years.

Yoon also tapped his campaign chief, Rep. Kwon Young-se of the People Power Party (PPP), as vice chairperson of the committee, and appointed former Jeju Gov. Won Hee-ryong, who served as policy chief of the campaign, as the committee's planning chief.

Ahn, who heads the minor People's Party, dropped out of the presidential race at the last minute to support Yoon under a candidacy merger deal. The two said at the time that they will work together in forming the transition committee and the government.

"We share the same values and philosophy about running state affairs," Yoon said of Ahn's appointment at a press conference at the PPP headquarters in Seoul. "Ahn has a will to lead the committee and I also believe he is the right person." 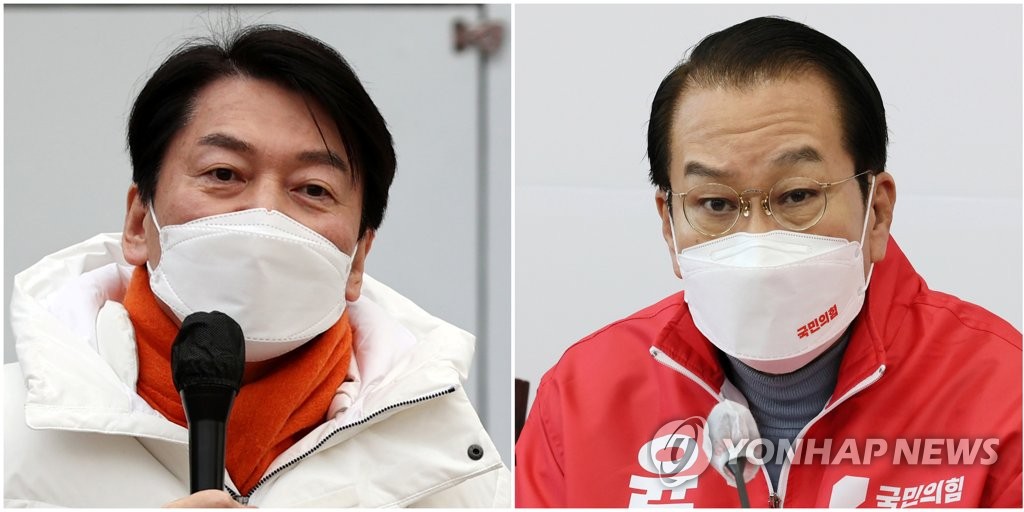 Yoon said the transition committee will be comprised of seven standing subcommittees in charge of planning and coordination, foreign policy, political and legal affairs, economy, industry, IT and science, and social welfare and culture.

The committee will also include an advisory group for national unity and two special panels dedicated to the COVID-19 crisis and balanced regional growth.

Rep. Choo Kyung-ho of the PPP, a former vice finance minister, and Rep. Lee Tae-kyu of the People's Party, known as a close aide to Ahn, will likely work in the planning subcommittee as key members, sources familiar with the matter said.

Ahn will also double as chairman of the COVID-19 special committee that will handle issues that include the compensation of small business owners.

Yoon, set to take office May 10, plans to name other committee members later this week.