SEOUL, March 13 (Yonhap) -- President-elect Yoon Suk-yeol said Sunday that whatever measures are needed should be taken to uncover the truth of a corruption scandal involving former aides to his presidential race rival Lee Jae-myung.

Yoon made the remark during a press conference in response to a question whether he agrees with a proposal to appoint an independent counsel to look into the scandal surrounding an apartment complex development project in Daejang-dong of Seongnam, south of Seoul.

"As all people are watching, we must take whatever measures are needed to uncover the truth of the corruption," Yoon said during his press conference at the People Power Party (PPP) headquarters. "I have said since last year that there is no trick whatsoever" in his call for uncovering truth, he said.

Rep. Yun Ho-jung of the ruling Democratic Party (DP) said his party will push to pass a bill initiating a special probe into the scandal this month.

The scandal centers on revelations that a little-known asset management firm reaped astronomical profits from the development project. Yoon and his party have claimed that Lee is behind the scandal as the project was carried out when Lee was the mayor of Seongnam.

Lee has rejected the claims and instead accused Yoon of being involved.

The DP also has claimed it is Yoon who played a part in the scandal, saying he covered up an investigation into an illegal lending case connected to the development project while he worked as a prosecutor.

Meanwhile, regarding his pledge of abolishing the Ministry of Gender Equality and Family, Yoon hinted that he will stick to his stance, saying the ministry has completed its role and a more efficient government body is needed to handle human rights violations and unfairness in society. 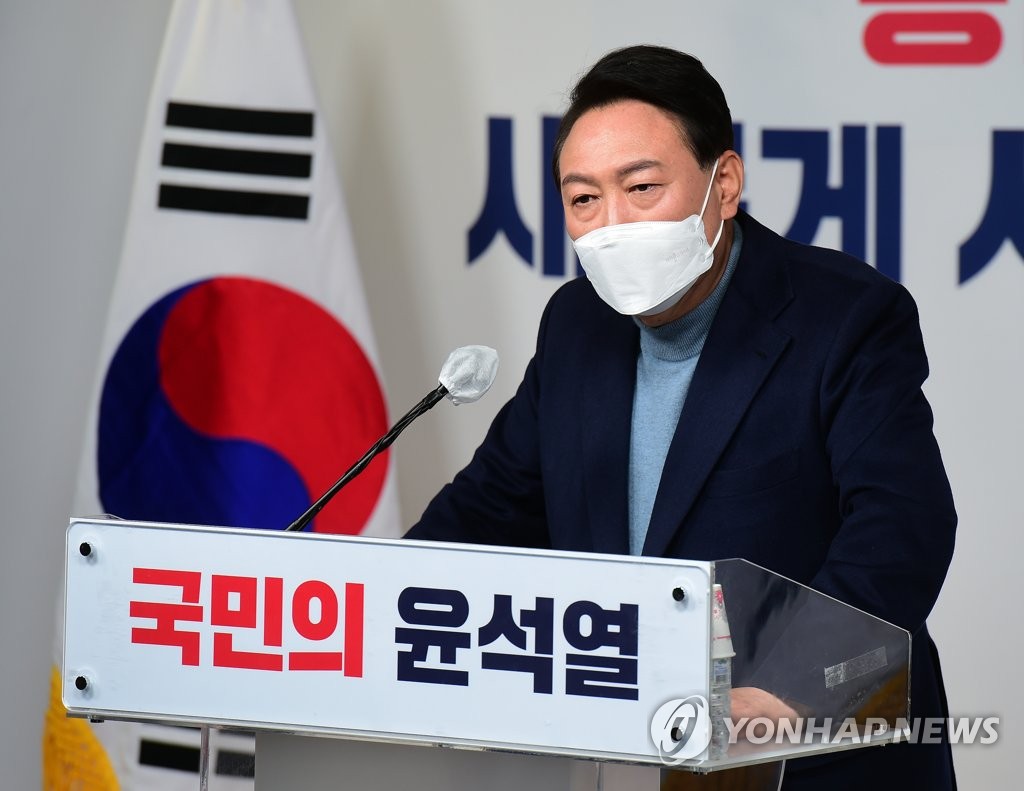