"On Wednesday March 16, 2022, United States Trade Representative Katherine Tai will travel to the Detroit area, Auburn, and Bay City, Michigan," the office of the USTR said in a press release. 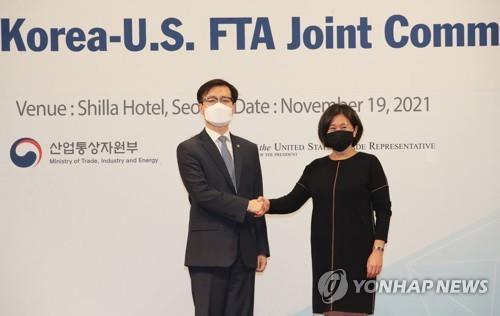 The KORUS FTA went into effect 10 years ago on Tuesday.

Bilateral trade between the countries has jumped nearly 70 percent since the implementation of their bilateral trade pact, with their trade of goods coming to US$169.1 billion last year, compared with $100.8 billion in 2011, according to South Korean government data.

Their bilateral investment has more than doubled.

SK Siltron CSS produces silicon carbide or SIC wafers, a key component in making semiconductors, and is considered a key symbol of cooperation between South Korea and the U.S. amid their joint efforts to enhance their semiconductor supply chain resilience.