Kim also called on China to help bring North Korea back to dialogue in a phone conversation with his Chinese counterpart, Liu Xiaoming, according to department spokesperson Ned Price.

The call was made Thursday, the same day the United States made a rare revelation of its intelligence that North Korea's recent missile tests on Feb. 27 and March 5 (Seoul time) had involved a new intercontinental ballistic missile (ICBM) system.

"Special Representative Kim strongly condemned the launches, which violated multiple UN Security Council resolutions and present a serious threat to international peace and security," Price said of the call in a press release.

"He expressed concern that these launches demonstrate the DPRK's determination to advance its unlawful weapons of mass destruction and ballistic missile programs and continue an increasingly escalatory path," he added.

The U.S. says the North's latest missile tests involving a new ICBM system did not demonstrate the range or capability of an ICBM but that the North may soon conduct an ICBM test "at full range," lifting its self-imposed moratorium on nuclear and long-range missile testing, which has been in place since late 2017.

Earlier reports have also said the North appears to be repairing its Punggye-ri nuclear test site, which it purportedly demolished in 2018. 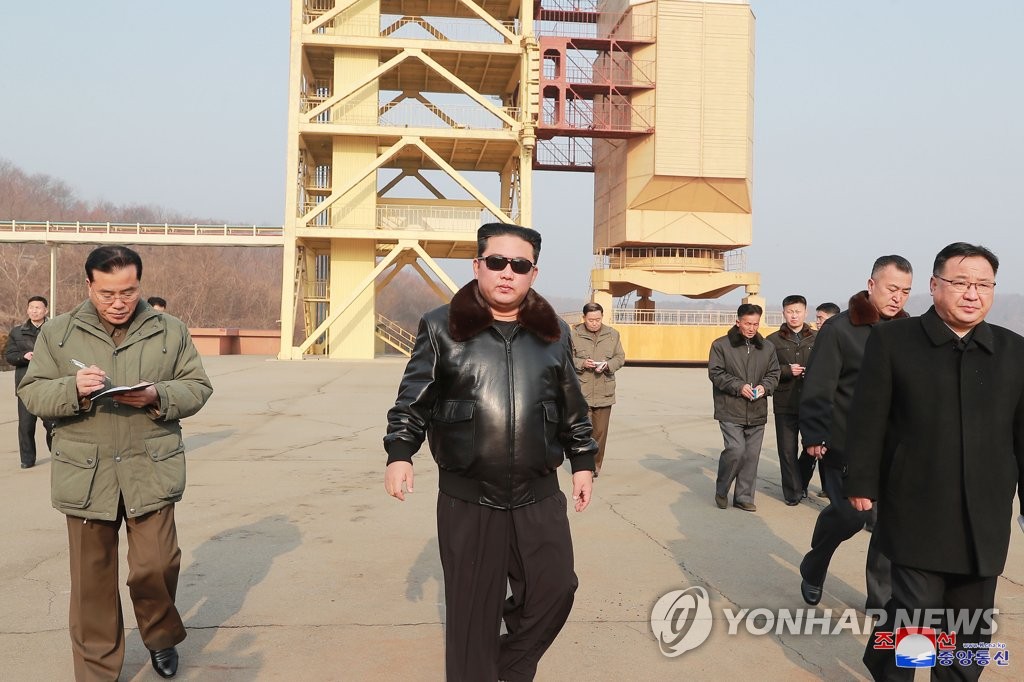 Kim emphasized both the U.S. and China shared an interest in ensuring regional stability, calling on Beijing to join Washington in "publicly condemning the DPRK's missile launches," Price said.

The U.S. has at least thrice failed to impose additional U.N. Security Council (UNSC) sanctions on North Korea for its provocative missile tests, each time partly because of objections from China, North Korea's closest ally and a veto-power wielding permanent member of the UNSC.

North Korea has staged nine rounds of missile launches since the start of the year, including seven in January, which marked the largest number of missile tests it conducted in a month.

"Special Representative Kim also encouraged the PRC to urge the DPRK to cease its destabilizing activity and return to dialogue," the department spokesperson said of the Kim-Liu call.

"Special Representative Kim reiterated that the United States remains open to diplomacy with the DPRK to make progress toward our shared goal of the complete denuclearization of the Korean Peninsula."