Such indications emerged after Seoul and Washington accused Pyongyang on Friday of having tested a new ICBM system on Feb. 27 and March 5 ahead of a full-range ICBM test.

The North has characterized the two launches as "reconnaissance satellite" development tests. South Korean and U.S. officials believe they involved the Hwasong-17 ICBM unveiled during a military parade in October 2020.

"Though we can't say definitively when a missile will be launched, we have been keeping close tabs on the possibility," a government source told Yonhap News Agency on condition of anonymity.

Weather conditions and other variables are expected to affect the timing of the North's possible launch.

Should the North press ahead with a new launch, the North could fire a missile from a transporter erector launcher (TEL) at the Sunan airfield, the site of the two previous tests, observers said.

In the earlier tests, the North fired the missile at a high angle from the airfield and engineered it to travel on a trajectory of a medium-range ballistic missile. 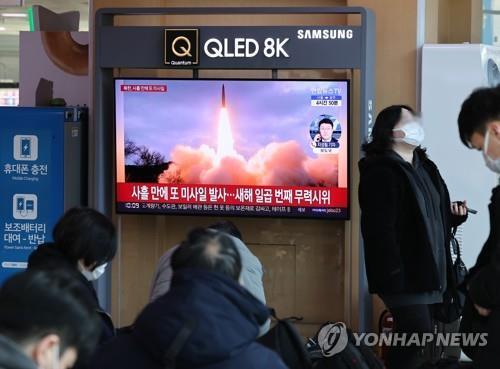