"The temporary suspension of bookings for the routes is inevitable as the war between Russia and Ukraine has sent cargo volume tumbling," HMM said. "We will push to resume service depending on market conditions."

The company, however, added that the move is unrelated to global economic sanctions on Russia for its attack on Ukraine.

HMM had been operating one 1,700 twenty-foot equivalent unit (TEU) container carrier between Busan, South Korea's largest port, and Vostochny. HMM also used a same-size container ship run by another shipping firm on the route to Vladivostok.

The suspension is widely expected to have little impact on HMM as its global tonnage amounts to 820,000 TEUs.

Large European shippers, including Hapag-Lloyd of Germany and Maersk Line of Denmark, have suspended Far East routes due to a war-induced tumble in cargo and their participation in sanctions on Russia. 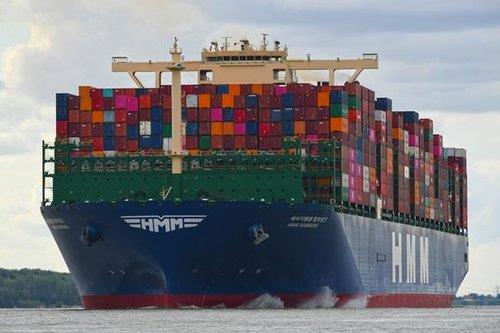