"We will provide several possible policy directions, after which I believe the right thing to do would be for the president-elect to choose from among them," Ahn told reporters when asked if the controversial pledge could be abandoned. 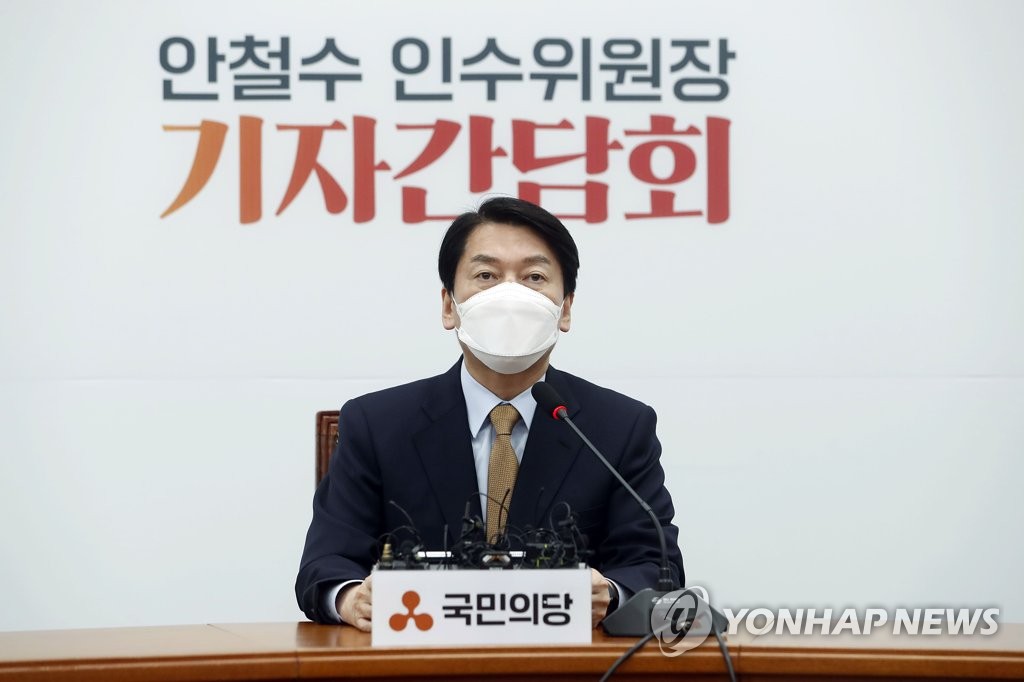 The pledge to abolish the ministry has come under fire from women's groups who accuse Yoon of pandering to young male voters resentful of the rise of feminism.

Yoon suggested Sunday that he intends to stick to his position, saying the ministry has completed its role and a more efficient government body is needed to handle human rights violations and unfairness in society.

During the meeting with reporters, Ahn outlined the five key tasks facing the incoming government as it prepares to take office on May 10.

The first is the restoration of fairness, rule of law and democracy; the second, the establishment of a foundation for future sources of income and jobs; the third, balanced regional development; the fourth, building a "sustainable" nation in terms of its economy, demographic crisis and carbon neutrality; and the fifth, national unity.

"We will draw up a solid and tightly knit administrative blueprint by producing new administrative tasks upon the foundation of the president-elect's campaign pledges," Ahn said.