U.S. Special Representative for the DPRK Sung Kim talked on the phone with his South Korean counterpart, Noh Kyu-duk, and Japan's Takehiro Funakoshi, according to department spokesperson Ned Price. DPRK stands for the Democratic People's Republic of Korea, the North's official name.

"Special Representative Kim strongly condemned the launches, which violated multiple UN Security Council resolutions and present a serious threat to international peace and security," he said in a press release. 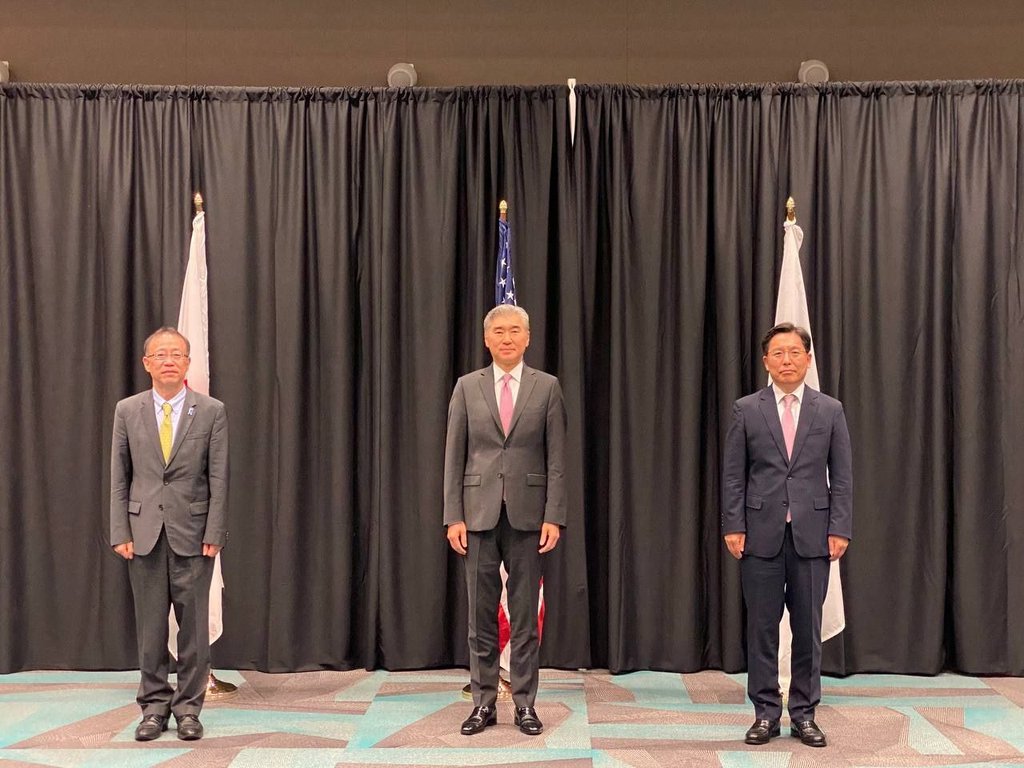 Kim also reaffirmed U.S. commitment to the complete denuclearization of the Korean Peninsula and its "ironclad commitment" to the defense of South Korea and Japan, he added.

A senior U.S. administration official earlier said the recent North Korean missile tests did not demonstrate the range or capability of an ICBM, but that the North may soon conduct an ICBM test at "full range."

Pyongyang said in January that it may consider restarting "all temporarily-suspended activities," which many believe hinted at lifting of its self-imposed moratorium on nuclear and long-range missile testing that has been in place since late 2017.

Informed sources in Seoul have also said the North appears to be repairing its Punggye-ri nuclear test site, which it purportedly demolished in 2018.

"Special Representative Kim expressed concern that these ICBM launches represented a serious escalation by the DPRK and pose a significant risk to regional stability," the department spokesperson said of the trilateral call between Kim and his South Korean and Japanese counterparts.

"While noting that the door remains open to diplomacy, Special Representative Kim emphasized that the United States will take all necessary measures to ensure the security of the American homeland and our allies," said the press release.