His sixth album, titled "Schubert: Piano Sonatas," was released last Thursday, with his recitals to be held in six cities including Seoul, by June.

For the album commemorating the 20th anniversary of his debut on the classical music scene in 2002, Lim chose two of three final sonatas for solo piano created by the Austrian composer during the last months of his life. 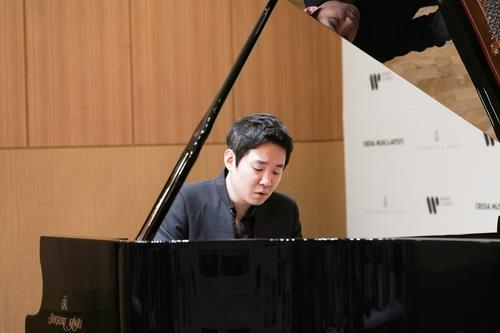 "When I was in my 20s and early 30s, Schubert's music had hardly impressed me," Lim, 37, said in a press conference. "I don't think my performance for the recording is the perfect version for Schubert, but I think it is less shameful to be shown."

It took 20 years for the pianist to return to Schubert since Lim first played the repertoire in his debut album in 2002. For the past 20 years, however, he has focused more on Chopin's compositions, which helped him earn the nickname "Chopin specialist" along with his third-place finish at the 2005 International Frederick Chopin Piano Competition.

Lim said he has mixed feelings toward Schubert, who left hundreds of compositions for solo piano and voice, with an appetite for experimentation.

"Schubert's pieces sound like human voices, and I feel like I have to play the piano in a more challenging way," he said. "I think I'm far from a man with such go-ahead characteristics. But partly, I admire the composer when I play." 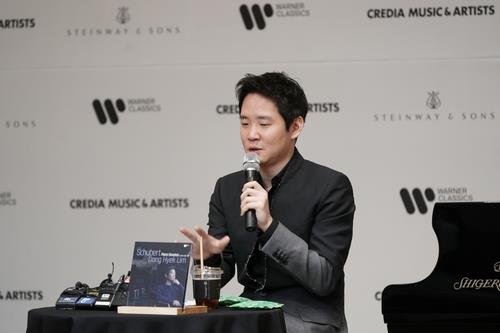 Despite his decadeslong career, he admitted that he is still afraid of taking the stage and performing in front of an audience. He said he has tried everything to overcome stage fright for the past 20 years, but it still tortures him.

"I thought I would trade my soul for removing the performance anxiety with the devil," he said, laughing. "For the 20 years, I couldn't find any secret recipe to get over it. I just face it and do as I practiced one by one."

But he said he wants to compliment himself on his patience and tolerance for enduring stage fright for the past two decades and not giving up the piano.

"It's praiseworthy. I'm still playing the piano, loving music and trying to learn more," he said. "As I'm getting older, I tend to look for more comfortable and familiar things. But I don't want to fall into complacency. I'll keep doing new and uncomfortable things."