SEOUL, March 15 (Yonhap) -- President-elect Yoon Suk-yeol decided to send special envoys to the United States and the European Union (EU), but not to China, Japan and Russia, before he takes office in May, a senior official close to Yoon said Tuesday.

The decision is a departure from past practices. Yoon's predecessors, including President Moon Jae-in, sent special envoys to the U.S., China, Japan and Russia, or at least to the U.S. and China, before taking office.

"It means special envoys should be sent for real policy discussions, not for show," the official said.

The envoys are expected to be sent in early or mid-April.

Rep. Park Jin of Yoon's People Power Party will lead the delegation to the U.S. while the envoy to the EU has not been selected yet, the official said.

Park, a three-term lawmaker who worked briefly at the foreign ministry after passing the foreign service exam, has served in various capacities for friendly relations between lawmakers from South Korea and the U.S.

The decision to send an envoy to the EU also draws attention.

"The EU has a consensus of values with us," the official said, adding that Yoon decided to send an envoy to the EU as he wants to step up cooperation in the fields of economy, security, advanced technologies and human rights.

In particular, Yoon decided not to send a special envoy to Russia before his inauguration because of Russia's invasion of Ukraine, according to the official.

For China and Japan, Yoon judged that there is no reason to send special envoys to the two nations before his inauguration because there are a lot of issues to coordinate with the countries, the official said. 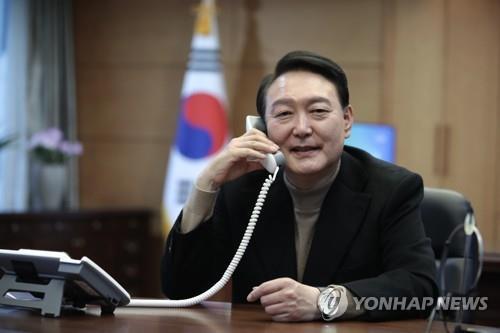 Yoon to send special envoys to U.S., EU, but not to China, Japan, Russia

Yoon to send special envoys to U.S., EU, but not to China, Japan, Russia