The allies have discussed the idea of restarting the "Blue Lightning" training after about five years of suspension amid concerns the North could conduct a new ICBM test as early as this week under the disguise of a satellite development project.

"The South and the U.S. have shared the view on the need to take a corresponding measure," a source said on condition of anonymity. "We are weighing (resuming) the Blue Lightning."

Under the training, B-52H or B-1B bombers, stationed in the U.S. Air Force's Andersen Air Force Base in Guam, are deployed to the peninsula to practice security operations. Fighters from South Korea or Japan are also mobilized to escort the long-range strategic bombers.

The U.S. last planned such a training with the South in May 2018, but it held the training unilaterally near the peninsula, as Seoul expressed concerns the event could spark tensions ahead of the first-ever summit between the U.S. and the North in Singapore the following month.

The U.S. military has not flown strategic bombers over the peninsula since 2017, when the current Moon Jae-in administration pushed to improve cross-border relations under a dovish policy initiative.

Amid signs of the North's preparations for another missile launch, the U.S. military has stepped up its deterrence measures this week, including conducting a carrier-based air demonstration involving the F-35C stealth fighter in the Yellow Sea and strengthening its missile interception exercise in the South.

The U.S. is also expected to reinforce a trilateral exercise with the South and Japan, which centers on bolstering their capabilities to detect, track and intercept incoming hostile ballistic missiles.

Military watchers also presume the South and the U.S. could conduct a combined missile training in the event of a North Korean long-range rocket launch.

In July 2017, the allies fired the South's Hyunmoo-2 short-range ballistic missile and the U.S.' Army Tactical Missile System in a tit-for-tat move for the North's launch of its Hwasong-14 ICBM.

Separately, Seoul has reportedly been considering a unilateral live-fire exercise involving the Hyunmoo series of ballistic missiles and other weapons systems, with the intensity of the exercise dependent on the level of a potential North Korean provocation. 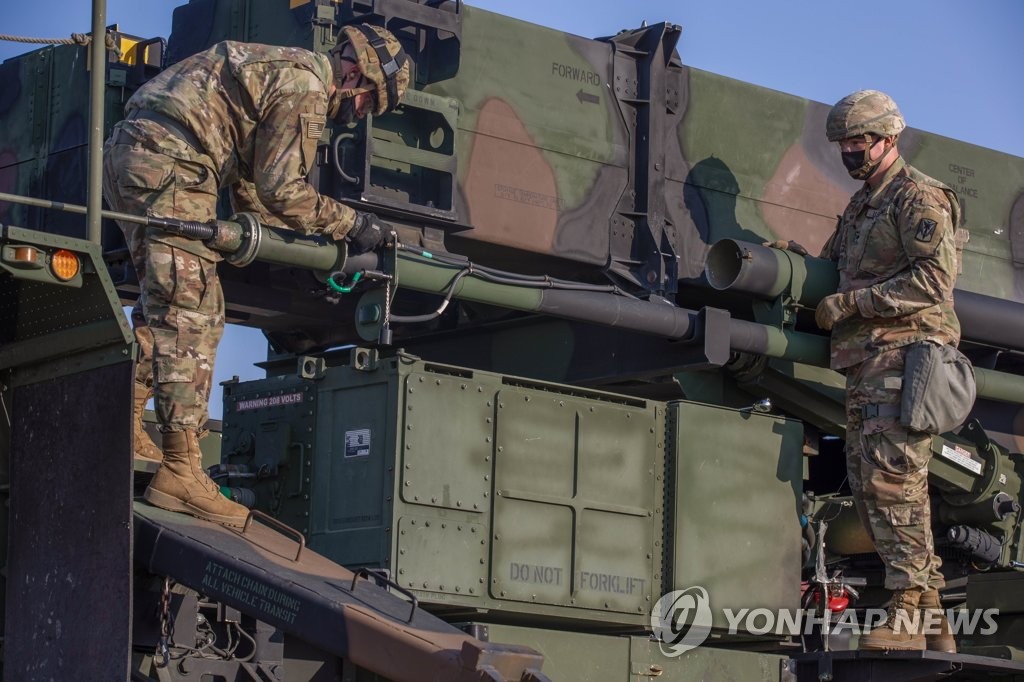