SEOUL, March 16 (Yonhap) -- South Korea's new COVID-19 cases hit yet another somber milestone of more than 400,000 on Wednesday, driven by the dominant omicron variant spreading at an overwhelming speed.

The daily count differs from 441,423 reported by South Korean media last night quoting a private data tracker, as the number had not removed overlapping and erroneous data that appears to have been caused after the government began to allow virus tests conducted at local clinics as official results, the KDCA said.

Daily COVID-19 cases are counted until midnight and announced the following morning.

The number of critically ill patients, seen as a key indicator in the pandemic response, reached another record high of 1,244, up 48 from the previous day.

South Korea has seen its COVID-19 caseload spike since early this year, with the daily tallies surging from four digits to six digits in about three weeks last month.

Despite the fast spread of the omicron, the government has been trying to take steps to regain normalcy to the most possible extent while keeping up the fight against the virus. 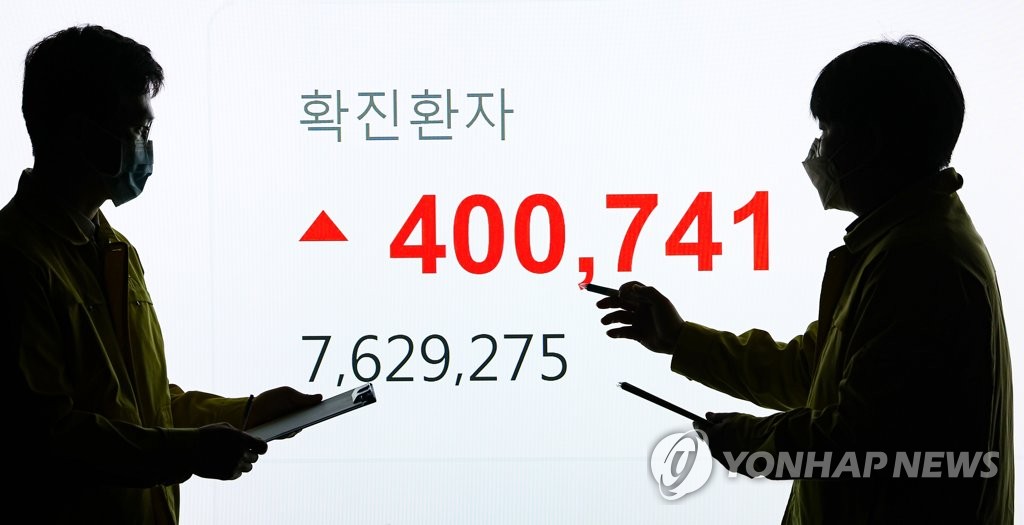 The omicron wave is heading toward its peak, which will be a critical point in the fight against the virus, Sohn Young-rae, a senior health ministry official, said.

"If the peak is formed as predicted and the medical system can respond within the prepared range, I think this crisis will be the last major crisis in the overall response to COVID-19," Sohn said.

"Either this week or next week, at the latest, will be the peak," Sohn added.

The government plans to start discussions with experts this week on readjusting social distancing rules. The current 11 p.m. business curfew and six-person cap on private gatherings are due to end this Sunday.

Prime Minister Kim Boo-kyum called for health authorities Wednesday to start discussing with the medical community about lowering the grade for COVID-19 to reflect the "changes" in the current pandemic environment, apparently meaning the disease has become prevalent, and the detection and treatment process is being handled at the local clinic level.

COVID-19 is classified as a Class 1 infectious disease in South Korea, which calls for high-level responses on patients, such as negative pressure isolation.

Beginning next Monday, all international arrivals are required to submit their health status, such as polymerase chain reaction (PCR) test results, vaccination status and other personal details, online in advance of their departure so as to simplify the quarantine procedures, the KDCA said.

A traveler who has submitted the information will be able to receive a QR code via email for print or mobile download, and use it for quarantine screening at the airport, as well as proof for 7-day self-quarantine exemption.

But the pre-registration system for travelers who were vaccinated overseas and have yet to report vaccination status to the South Korean authorities will not be open until April 1, meaning those arriving in Incheon this month still have to self-quarantine for seven days.

Starting this week, uninfected students and school staff members are allowed to attend school in person, even if family members who live with them are virus positive. The vaccination program for children aged between 5 and 11 will start March 31.

Of the locally transmitted cases reported Wednesday, 81,395 cases came from Seoul and 94,806 from the surrounding Gyeonggi Province. The western port city of Incheon reported 28,453 cases. New cases from overseas came to 117, putting the total at 30,475.

As of Wednesday, 32.18 million people out of the 52 million population, or 62.7 percent, had received booster shots. Fully vaccinated people came to 44.44 million, representing 86.6 percent, the KDCA said. 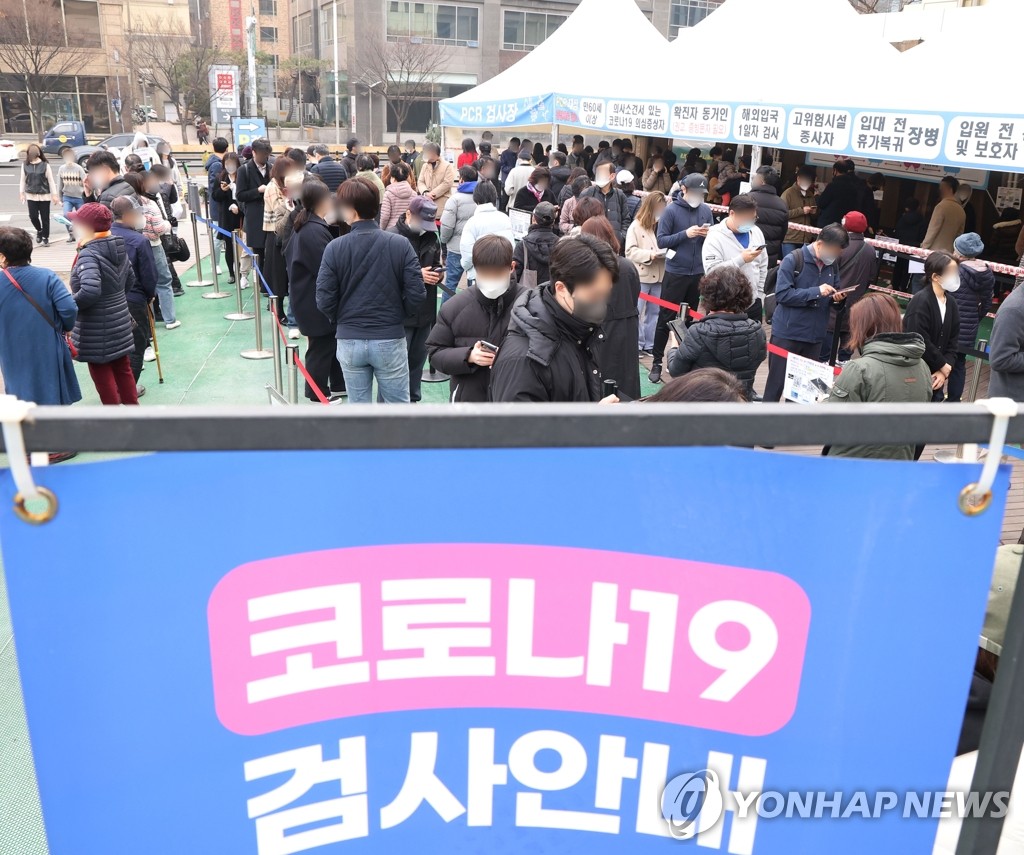