SEOUL, March 17 (Yonhap) -- Finance Minister Hong Nam-ki said Thursday the government will step up its efforts to stabilize the foreign exchange market if the South Korean currency's slide against the U.S. dollar is deemed excessive.

Hong's verbal intervention came as the Korean won has sharply weakened against the dollar because Russia's invasion of Ukraine prompted investors to chase safer assets.

"If we judge that the won's weakness is excessive, we will step up efforts to stabilize the FX market by taking into account South Korea's economic fundamentals and movements of other currencies," Hong said at a government meeting. 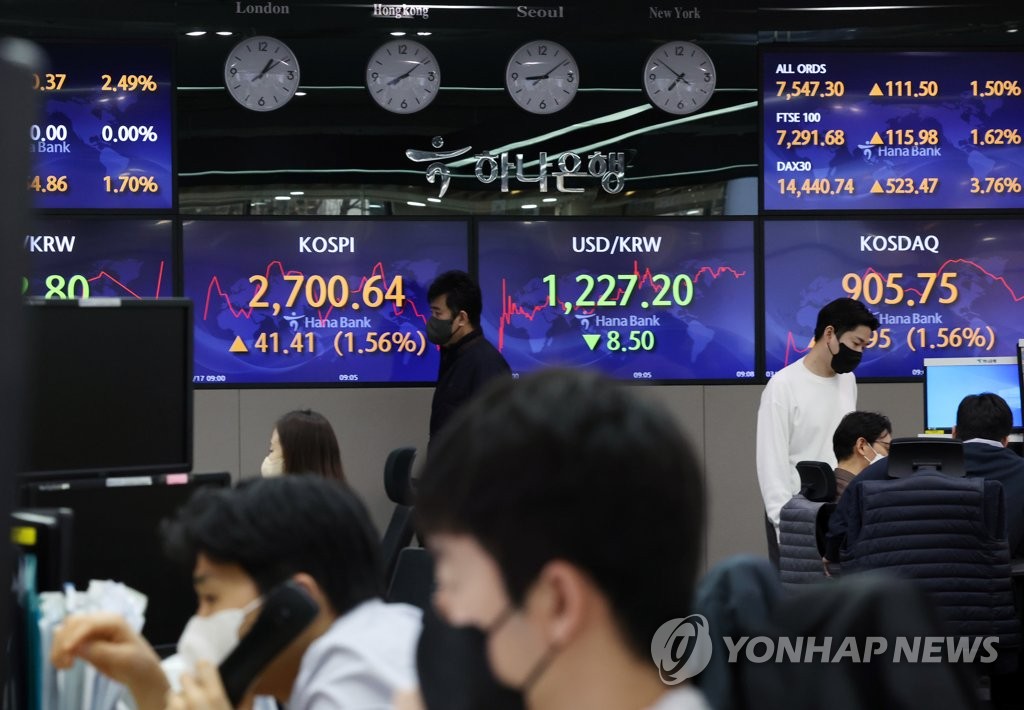 The Korean currency rose by the most against the U.S. dollar in almost two years Thursday, propelled by eased uncertainty about the Federal Reserve's monetary policy stance and hopes for a ceasefire between Russia and Ukraine.

The Korean won closed at 1,214.30 won versus the dollar, up 21.40 won from the previous session's close. It marked the sharpest daily gain since March 27, 2020, when the local currency climbed 22.2 won per the greenback.

The Fed on Wednesday raised the federal funds rate by a quarter percentage point, the first rate hike since 2018, in a bid to tame inflation, after leaving borrowing costs at near zero since March 2020 to insulate the U.S. economy from the pandemic.

The Korean currency has recently undergone volatile trading, with the won falling to the 1,240 level against the dollar for the first time in nearly two years Monday. The won has weakened 2.1 percent against the dollar so far this year.

The government will also maintain its eased rules on banks' foreign exchange derivative positions at least until the second quarter in a bid to cope with the potential shortage of foreign currency liquidity in a preemptive manner.

Under the measure, the government raised the cap on the holding of local banks' foreign exchange forward positions to 50 percent of their equity capital from the previous 40 percent. For local branches of foreign banks, the cap was lifted to 250 percent from 200 percent.

Hong also said the government will decide this month whether to further extend eased liquidity rules on banks.

In April 2020, the financial regulator lowered the foreign exchange liquidity coverage ratio for banks to 70 percent from 80 percent.