SEOUL, March 17 (Yonhap) -- South Korea's new daily COVID-19 cases spiked to more than 600,000 on Thursday, setting another record high, fueled by the spread of the highly transmissible omicron variant amid an easing of virus curbs.

The country reported 621,328 new COVID-19 infections, including 62 cases from overseas, raising the total to 8,250,592, the Korea Disease Control and Prevention Agency (KDCA) said.

The latest tally marks a 55 percent surge in just one day. South Korea has seen a spike in the caseload since it reported the first five-digit figures in late January of this year. Since then, the numbers have grown fast, surpassing 300,000 on March 9.

The number of critically ill patients, seen as a key indicator in the pandemic response, came to 1,159, down from 1,244 the previous day. 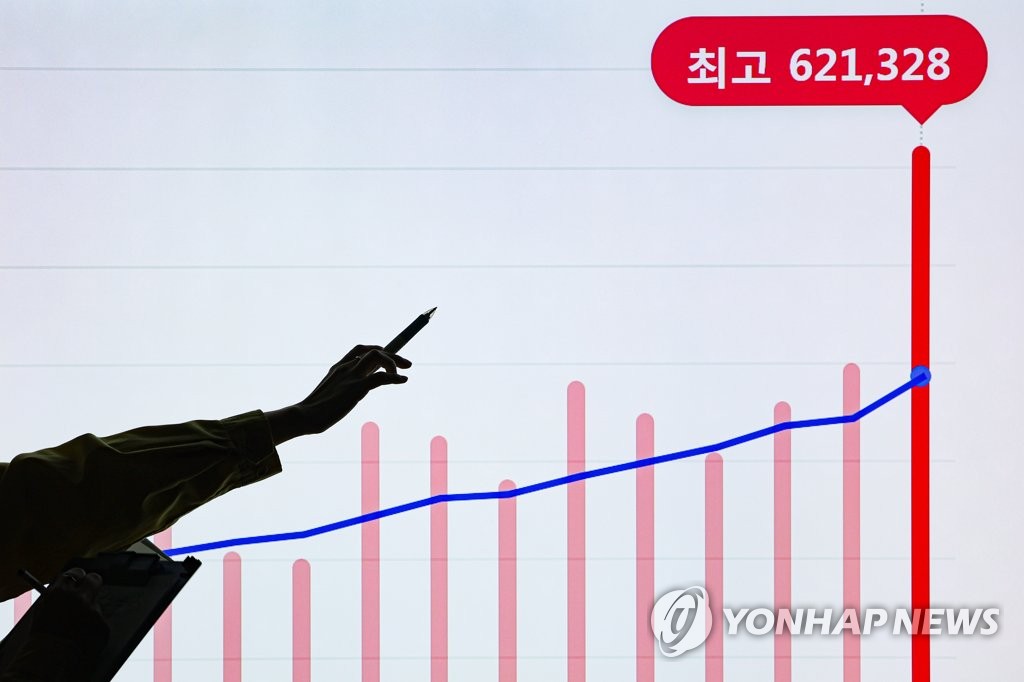 "We believe the increase came as we began to accept the test kit results from local clinics as confirmed positive, and a substantial number of cases that had been hidden or omitted were added," Sohn Young-rae, a senior health ministry official, told reporters.

Excluding the omitted cases from the previous day, Thursday's count would have been around 550,000, the KDCA said.

On the spike in the death toll, Sohn noted it's difficult to draw a line between the deaths by omicron and those by underlying diseases. About half of the deceased already had underlying illnesses when they were infected with COVID-19, he said.

The peak period of the omicron wave could last longer than expected, given the inclusion of professional rapid antigen test results in daily counts and the impact from the so-called stealth omicron, which has 30 percent higher transmission rate than the original omicron, Lee Sang-won, a senior KDCA official, said.

The government had forecast earlier the omicron wave could reach its peak between this week and next week.

South Korea has been taking steps to ease virus restrictions to regain normalcy despite the virus surge, due largely to the pressure from small businesses and self-employed people hit hard by the pandemic.

The government is expected to announce Friday whether it will maintain the current social distancing or further relax the measures. Currently, an 11 p.m. business curfew and a six-person cap on private gatherings are in place.

As of Thursday, 32.21 million people out of the 52 million population, or 62.8 percent, had received booster shots. Fully vaccinated people came to 44.44 million, representing 86.6 percent, the KDCA said. 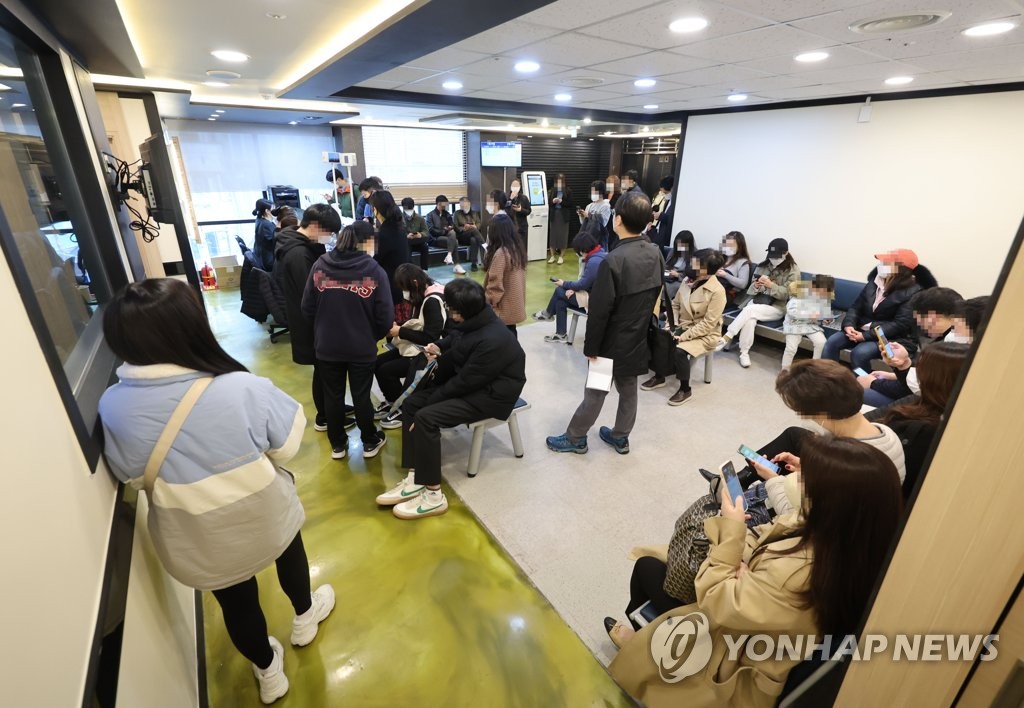