His counterpart, Ivan Nova, gave up a run on three hits and struck out five in four innings. Nova, a former 16-game winner with the New York Yankees who signed a one-year, US$1 million contract with the Landers in December, threw 38 of his 47 pitches for strikes.

Neither starter walked a batter. The Heroes pounded out 10 hits, seven off of four relievers who followed Nova, in a 4-1 victory. They improved to 3-1-1 (wins-losses-ties), while the Landers fell to 2-2. 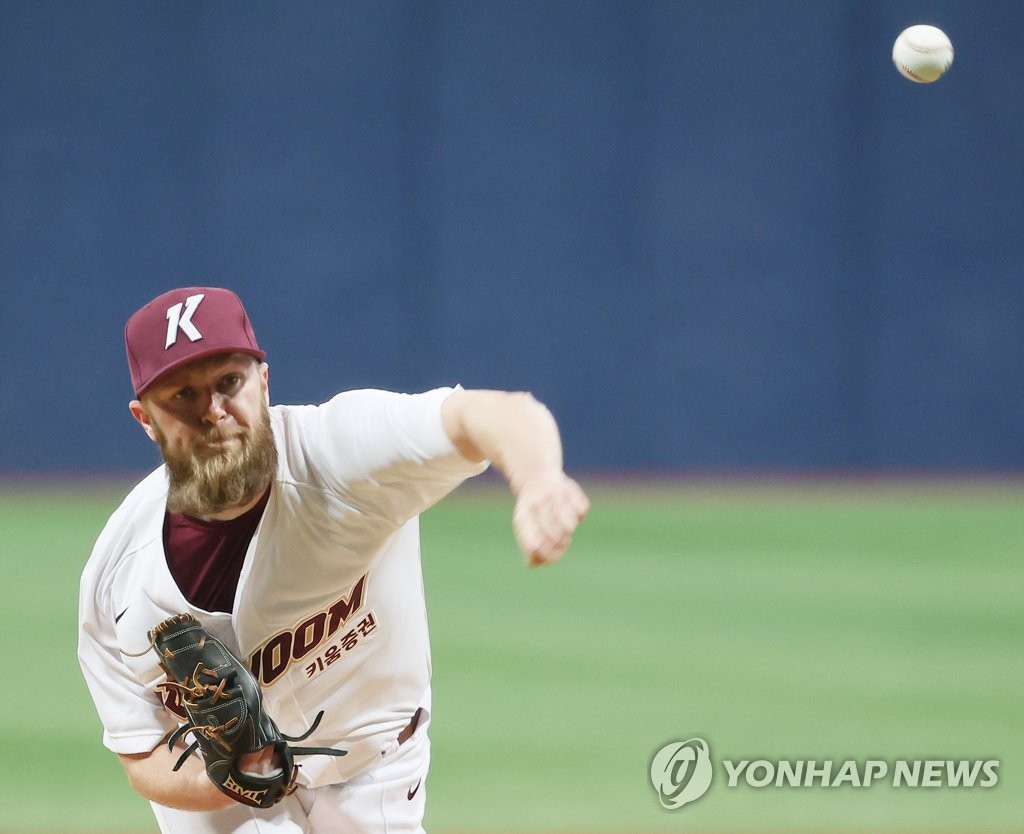 The preseason wraps up on March 29, and the regular season will open on April 2. Both Jokisch and Nova could get Opening Day nods.

Jokisch is entering his fourth season in the Korea Baseball Organization (KBO), and he has been one of the league's most reliable starters so far. The 2020 ERA champion finished fourth in that category last year with 2.93. Also in 2021, he tied for the lead with 16 wins and ranked second with 181 1/3 innings.

Jokisch only threw one inning in his first preseason outing on Monday and tossed 43 pitches, 29 of them for strikes, on Thursday. 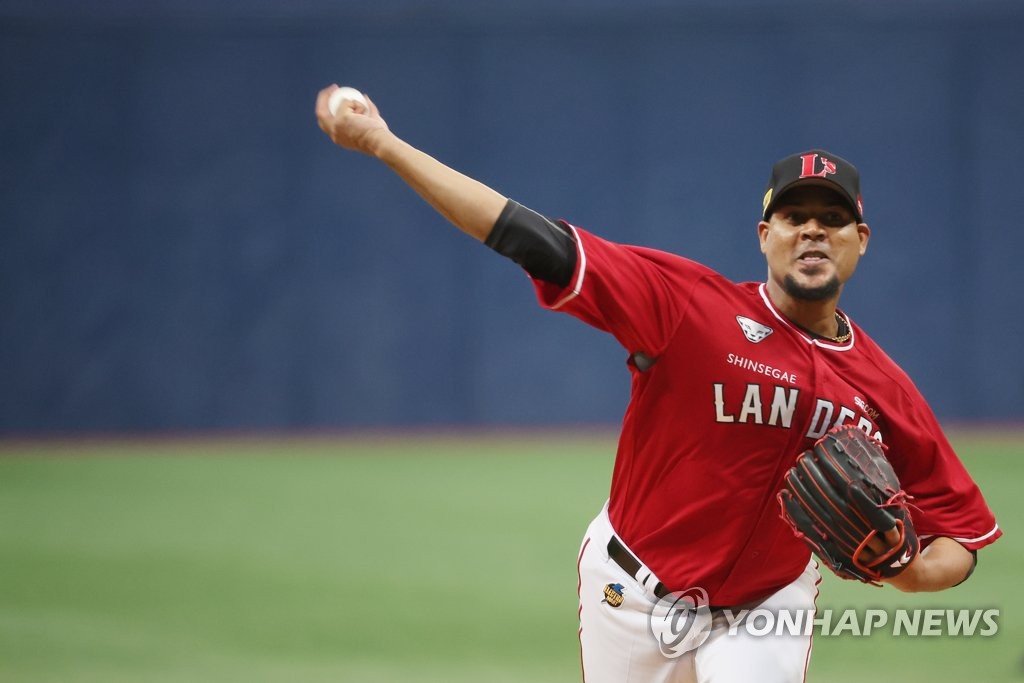 Jokisch struck out two in the second and pitched around a one-out single in the third. He was visibly frustrated after giving up a hit by No. 9 hitter Kim Sung-hyun -- the usually composed pitcher yelled at himself a few times -- but soon settled down to keep the Landers off the board.

Jokisch said afterward he felt this start would be crucial to his preparation for the regular season, and he decided to mix in his secondary pitches more than his previous game.

For the Landers, Nova breezed through three no-hit innings on 31 pitches while striking out three.

The Dominican right-hander ran into trouble in the fourth inning, giving up consecutive singles to begin the frame.
A sacrifice fly advanced the lead runner to third. Then with men at the corners, cleanup Yasiel Puig, a former National League All-Star, lined a single to left to give the Heroes a 1-0 lead. 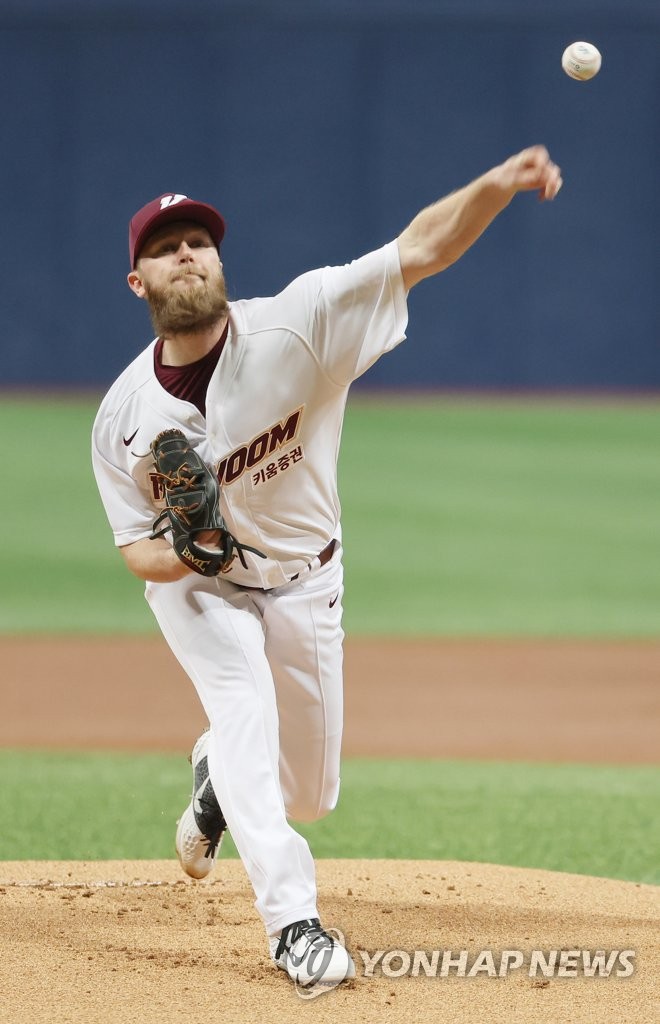 It was Puig's first RBI of the preseason in his fifth game.

Nova had retired Puig on one pitch in the second inning, as the Cuban slugger grounded out weakly to third base.

"I wasn't able to control some pitches the way I wanted to, but it's all part of the process to get ready for the season. So I wasn't too concerned," Nova said after the game, adding that he was excited to finally pitch against an opposing team after throwing in the bullpen and in scrimmages for weeks.

Nova is one of three former major league starters in the Landers' rotation, alongside Wilmer Font and Kim Kwang-hyun, who left the St. Louis Cardinals after two years to rejoin the Incheon-based franchise.

Hampered by injuries to key pitchers, the Landers went through a league-high 17 starters in 2021. Collectively, they posted the KBO's worst ERA at 5.29 while combining for a league-low 677 1/3 innings. 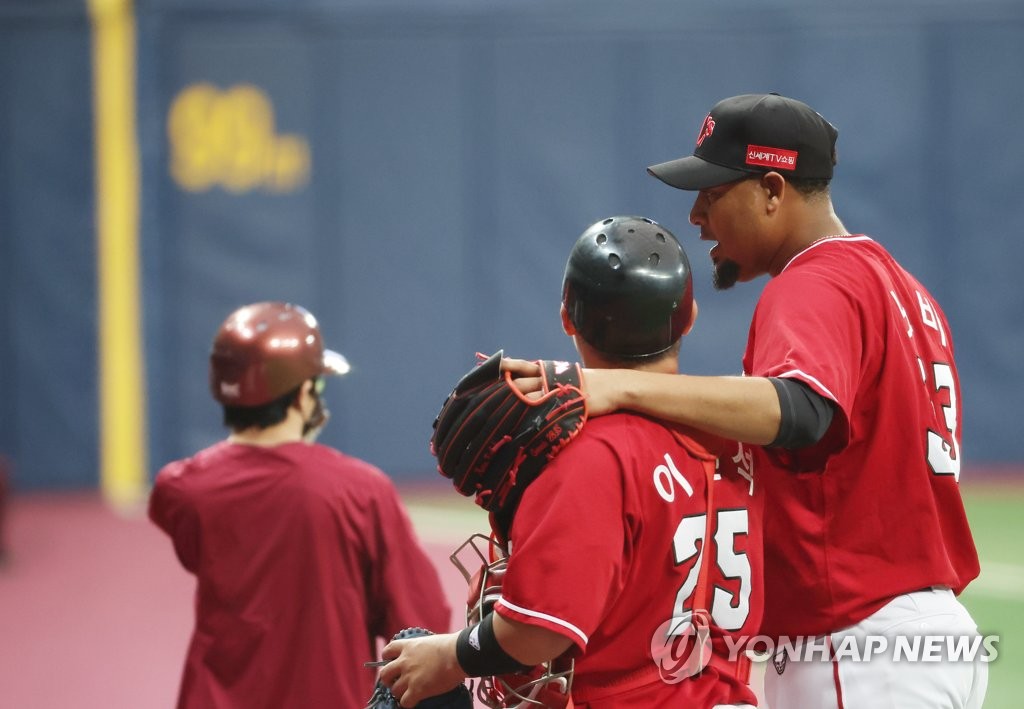