SEOUL, March 18 (Yonhap) -- South Korea's new COVID-19 cases hit above 400,000 on Friday, led by the wave of the highly transmissible omicron variant, amid the government's steps to shift away from rigorous social distancing.

The country reported 407,017 new COVID-19 infections, including 39 from overseas, raising the total caseload to 8,657,609, the Korea Disease Control and Prevention Agency (KDCA) said.

The latest tally is a sharp drop from the all-time high of 621,328 on Thursday, but the Thursday count had included some 70,000 omitted cases from the day before.

The fast spread of omicron has pushed up the virus curve in recent weeks, with the numbers hitting six digits in mid-February from four digits in late January.

The number of critically ill patients stood at 1,049, down 110 from the previous day. 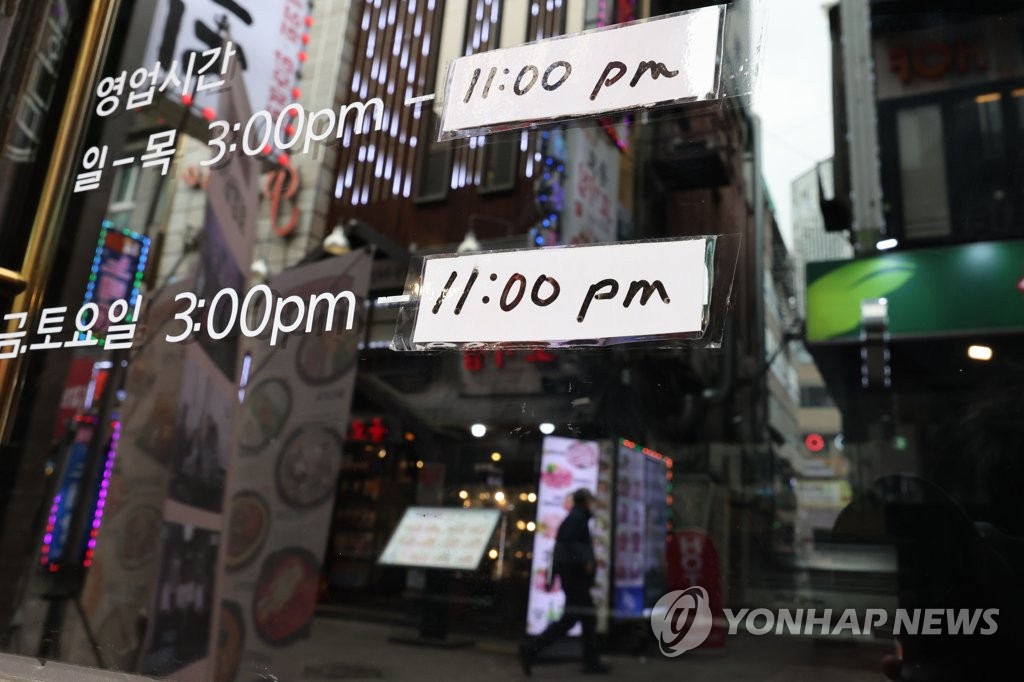 As of 6 p.m. Friday, 284,280 new cases had been confirmed nationwide, down 20,459 cases from the same time the previous day, according to health authorities and local governments.

Daily COVID-19 cases are counted until midnight and announced the following morning.

The current six-person limit for private gatherings will be eased to eight people starting next week, regardless of vaccination status, while maintaining the 11 p.m. business curfew, Health Minister Kwon Deok-cheol said.

"Considering the omicron wave, the burden on the medical response system and the uncertainty of predicting the peak of the pandemic, it's too risky a situation for a drastic easing of social distancing," Kwon said at a virus response meeting.

"After heated discussion, we decided to make the mild adjustment on the number of people to help small businesses and self-employed people ease the pain and in consideration of the inconvenience to the general public," he said.

The measures will take effect for two weeks starting March 21.

South Korea has been weighing the option of further relaxing the virus restrictions amid the fast omicron spread, due largely to the pressure from small businesses and self-employed people hit hard by the pandemic.

But at the same time, the government has also largely abandoned the rigorous social distancing and contact tracing to shift to a new scheme in order to bring back normalcy to everyday life.

"The effectiveness and efficiency of social distancing is diminishing, as we have shifted our focus to minimizing seriously ill cases and deaths, and gradually revamping the quarantine and medical systems," Lee Ki-il, a deputy health minister, said at a separate media briefing.

The government will consider a further easing of the virus curbs as it closely watches the omicron trend after reaching its peak, predicted to come around next week, Lee said.

As of Friday, 32.26 million people out of the 52 million population, or 62.9 percent, had received booster shots. Fully vaccinated people came to 44.44 million, representing 86.6 percent, the KDCA said. 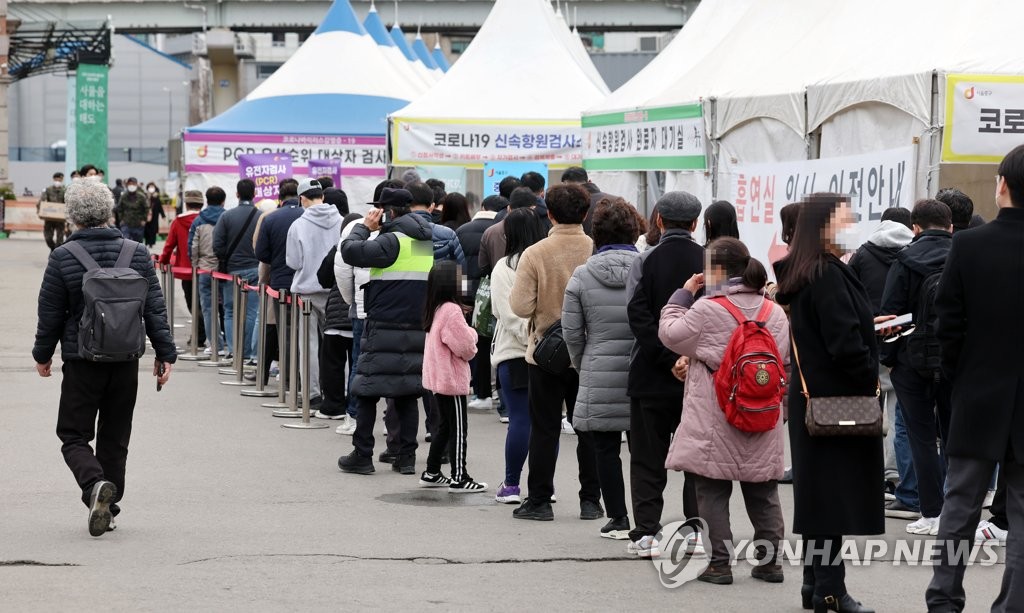