ANKARA/SEOUL, March 18 (Yonhap) -- Prime Minister Kim Boo-kyum said the opening of a landmark bridge in Turkey will serve as a good opportunity to display South Korea's technology and financing system as he arrived in the transcontinental country to strengthen diplomatic and economic ties.

The 1915 Canakkale Bridge, which straddles the Dardanelles strait in northwestern Turkey, is the world's longest suspension bridge, with a 2,023-meter span between its towers, built by a consortium comprised of South Korea's SK ecoplant and DL E&C, and Turkey's Limak and Yapi Merkezi.

The consortium managed the project from construction to financing and will be in charge of operation.

"The 1915 Canakkale Bridge, which we can boast of to the world, will be inaugurated with our technology," Kim said during a meeting with South Korean businessmen held in Ankara upon his arrival Thursday (local time) for a three-day visit.

Kim plans to attend the opening ceremony of the 1915 Canakkale Bridge on Friday.

While in Turkey, Kim is also scheduled to meet with Turkish Vice President Fuat Oktay and pay respect to Turkish soldiers killed in the 1950-53 Korean War.

"They (Turkish soldiers) participated in the Korean War and sacrificed," Kim said. "There is an exceptional good feeling between Koreans and Turkish people."

Kim's trip to Turkey marks the first in nine years by a South Korean prime minister.

After Turkey, Kim will head to Qatar on Saturday for a two-day visit that includes talks with his counterpart, Khalid bin Khalifa bin Abdul Aziz Al Thani, about ways to expand cooperation in the energy field. 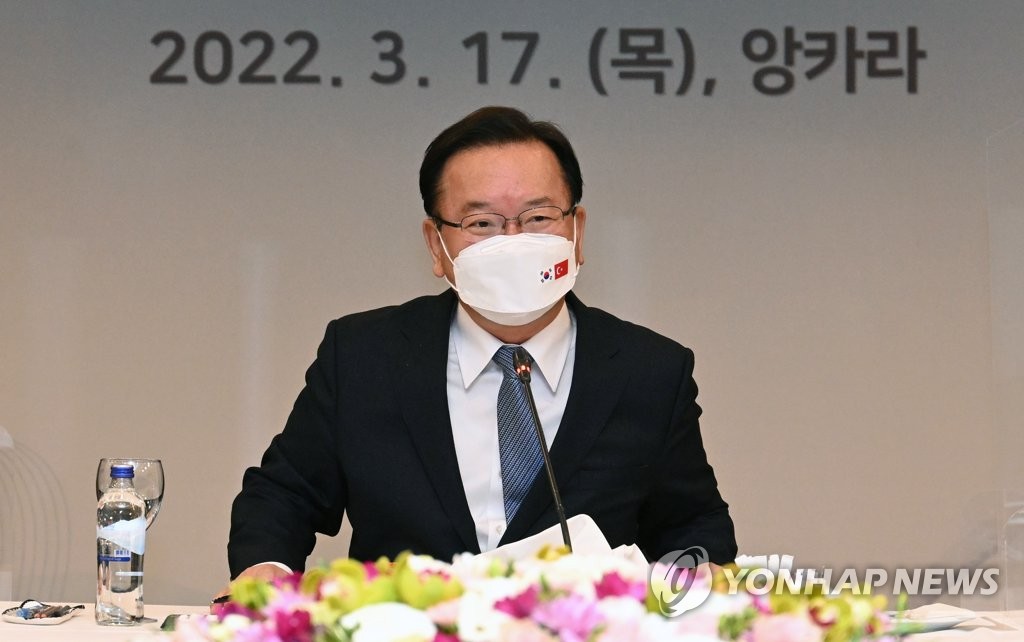