The lender said the bottom-line plunge is blamed on one-off costs worth 252.7 billion won resulting from a special early retirement program in the fourth quarter of last year.

The lender's ratio of nonperforming loans had reached 0.19 percent as of the end of December, down 0.12 point from a year earlier, with its loan delinquency rate dropping by 0.04 percentage point to 0.10 percent.

As of end-December, the bank had 86.7 trillion won in assets, up 4.2 percent from the previous year.

Standard Chartered Bank Korea said its capital adequacy ratio, a key barometer of financial health, had stood at a "good level" of 15.20 percent as of end-December. 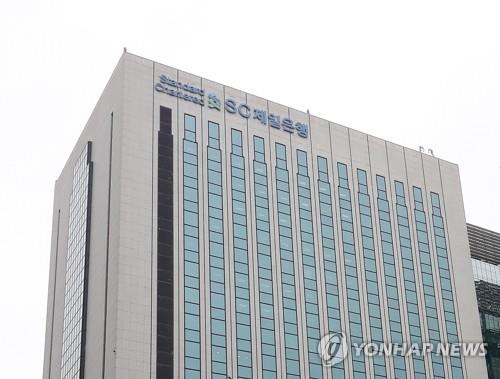