SEOUL, March 18 (Yonhap) -- President-elect Yoon Suk-yeol asked his transition committee to put top priority on overcoming the COVID-19 crisis, including compensation for small businesses hit by the pandemic, as he presided over the first plenary meeting of the committee.

"The coronavirus is spreading rapidly again," Yoon said during the meeting following a signboard hanging ceremony. "The special panel on the COVID-19 crisis should particularly concentrate on compensation measures for small business owners as well as medical and virus prevention issues."

South Korea reported an all-time high of 621,328 new cases on Thursday amid the spread of the omicron variant. 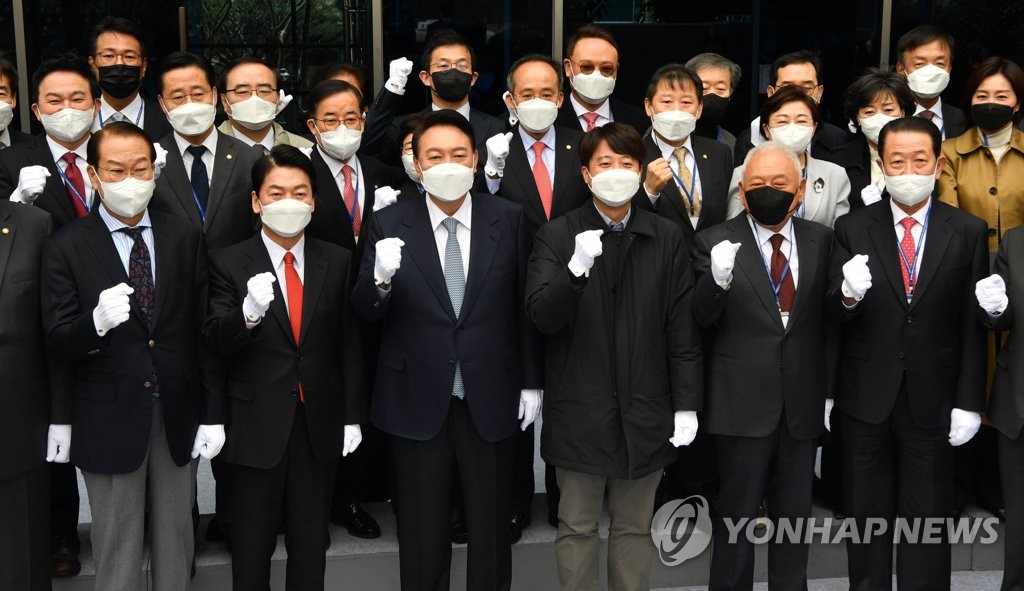 The composition of the committee was completed Thursday after Yoon named remaining members.

Yoon called on the transition team to draw a blueprint for South Korea to become a leading country in the Fourth Industrial Revolution and set goals for solving low growth and polarization issues.

He also emphasized national unity, saying all people should be given fair opportunities regardless of where they live and that integration can be achieved when people can trust and believe the government.

The former prosecutor general added that transition team members should actively have on-site inspections to find solutions, saying they need to reflect voices outside their offices.

"Most of all, the new government should be a government that completes its job well with abilities and capabilities," he said.

Yoon's inauguration is set for May 10.