The band's second EP, "Oddinary," is the latest release from the group after "Noeasy," its second full-length album that came out last August. Having sold over 1.3 million copies, the album earned the group fame as the first "million selling artist" managed by JYP Entertainment. It was a huge success for a young group that debuted in 2018.

The name "Oddinary," a combination of the English words "odd" and "ordinary," represents the connotation that "All of us who are ordinary also have odd sides. In other words, odd things will soon become ordinary," according to a press release from the agency.

"We focused on exploding our energy in our previous albums, but this time we tried to contain the beauty of composure and moderation in addition to the energy," Changbin, the main rapper of the group, said during an online press conference held in Seoul closely before the album's release at 1 p.m. "We wanted to show through the album that singularity can become specificity." 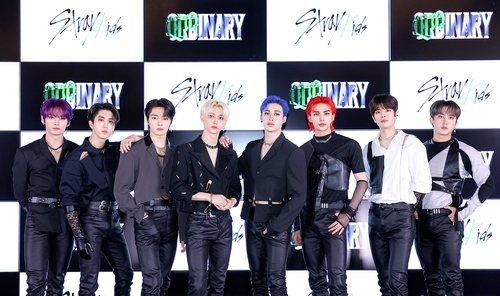 The band leader Bang Chan added, "We wanted to tell that the part of you which can seem odd and strange to people around you can serve as a special factor that can make you cooler and more gorgeous."

The album has garnered high attention from many K-pop fans well before its release. Its advance orders had surpassed 1.3 million copies as of Wednesday morning, indicating that it is almost guaranteed to be another million seller from the band.

The corresponding figure for the band's million-selling second full-length album, "Noeasy," was 930,000.

"When I first heard the number 1.3 million, I didn't realize how big it was, and I was dumbfounded," I.N, the youngest member of the group, said. "I will become a singer who always makes efforts to present better music."

Leading the album is the song "Maniac," which the band said represents the album's message the best through lyrics like "After blinking once, back again, back to cosplaying what society defines normal to be/ Maniac, going crazy, like I have a loose screw, Maniac." 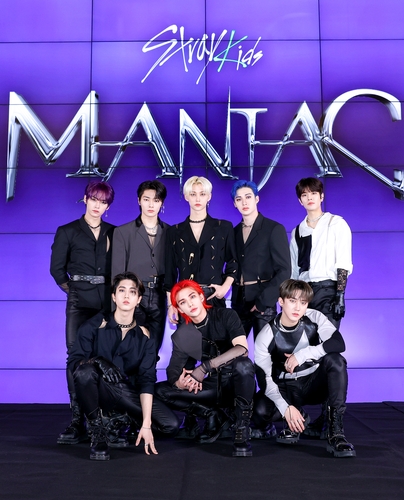 Written and composed by 3RACHA, the group's own producing unit that consists of Bang Chan, Changbin and Han, together with composer VERSACHOI, the song features strong and intense sounds and an addictive refrain.

Including the unit, all members of the band took part in writing and composing the album's seven tracks that also include "Charmer," "Lonely St." and "Muddy Water."

The eight-member group is scheduled to begin a world concert tour next month.

The tour will kick off in Seoul on April 30-May 1 and continue in a total of nine cities in Japan and the United States until July 27. 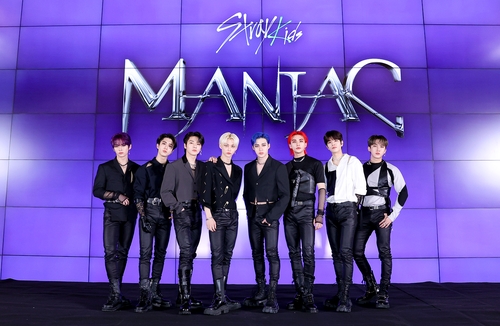