SEOUL, March 18 (Yonhap) -- President Moon Jae-in offered his condolences Friday over the death of a U.S. veteran who participated in a famous evacuation operation during the 1950-53 Korean War.

Retired Rear Adm. J. Robert Lunney, who died last week at the age of 94, was a crew member of the merchant ship SS Meredith Victory, which helped rescue some 14,000 refugees during the Heungnam evacuation in December 1950.

"I extend my condolences to the family and comrades who must be mourning the death of the admiral and submerged in grief," Moon wrote on his Facebook page.

"The dedication of the SS Meredith Victory in rescuing many civilian refugees during an urgent evacuation operation deeply moved our people and the people of the world," he continued. "My parents were also able to flee then, so it is something for which I should personally give deep thanks."

Moon's parents are known to have boarded the ship and fled to the southeastern city of Geoje, where he was born two years later.

Moon recalled that he met with the deceased during his visit to Washington in June 2017.

"I will deeply cherish the respect and love you showed for our people and remember the admiral's name with the people for a long time," he wrote.

The evacuation took place as U.S.-backed South Korean forces retreated from North Korea in the face of an onslaught by Chinese-backed North Korean troops.

The mission, dubbed the Miracle of Christmas, is known as one of the world's greatest wartime rescue operations. 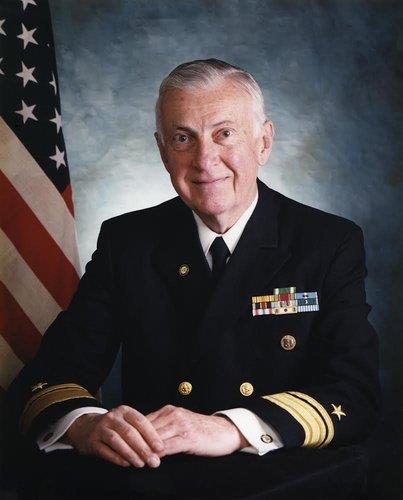