Cho Yong-kun, director-general of North Korea policy at the ministry, and his French counterpart, Bertrand Le Meur, and other officials joined the session held on Thursday and Friday.

They discussed ways to bolster bilateral space security cooperation while sharing the need for exchanges of space professionals between the two sides, according to the ministry.

Last month, Defense Minister Suh Wook and his French counterpart, Florence Parly, vowed to enhance cooperation in space, cybersecurity, artificial intelligence and other areas during their talks in Paris.

While in France, the South Korean delegation visited the French Space Command and space surveillance units to explore opportunities for bilateral cooperation, the ministry said. 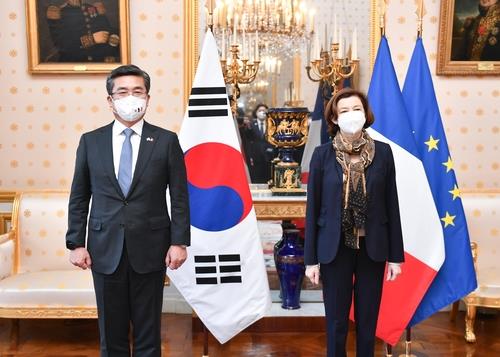