SEOUL, March 18 (Yonhap) -- Nine South Koreans, including Navy SEAL-turned-YouTuber Rhee Keun, are in Ukraine after having entered the war-ravaged country without government permission since March 2, many of them presumably as volunteer fighters, a foreign ministry official said Friday.

South Korea has prohibited its citizens from traveling to the country since mid-February.

The Korean nationals are believed to have entered Ukraine via neighboring countries, the official noted.

"Many of them are assumed to have entered the country in order to join foreign militaries," the official said, adding the ministry is striving to confirm their whereabouts.

Famed YouTuber Rhee entered Ukraine, along with two others, in early March, as volunteer soldiers and posted on social media during the trip.

Last week, the foreign ministry filed formal passport law violation charges against the three with the police, and said it will take measures to invalidate their passports. 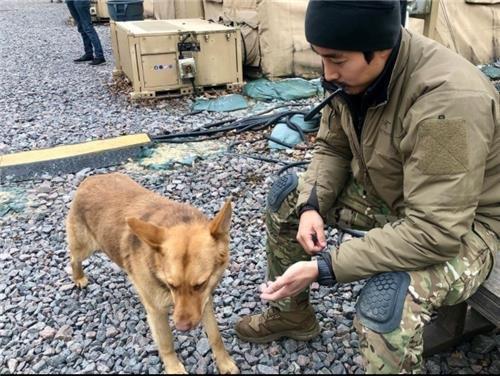