SEOUL, March 18 (Yonhap) -- South Korean embassy officials began withdrawing from their temporary mission in the western Ukrainian city of Lviv on Friday as Russia stepped up bombings in the region, a foreign ministry official in Seoul said.

They were evacuating to Hungary along with three South Korean nationals as the outskirts of the city of came under missile strikes and shelling by Russian forces earlier in the day.

"The members of the temporary mission in Lviv departed leading South Korean nationals in the morning in local time and are moving to an area which the compatriots wanted," the official said.

The Korean embassy was relocated from the capital Kyiv to three separate places, including Lviv, to support remaining Korean nationals in the war-ravaged country. The two others are Ukraine's Chernivtsi and Romania.

There were five Korean nationals in the city and three of them joined the evacuation by vehicle, the official said, adding the foreign ministry will keep an eye on the other two, who reportedly decided to stay.

No damage was reported among South Koreans from the attacks in Lviv, the official also added. 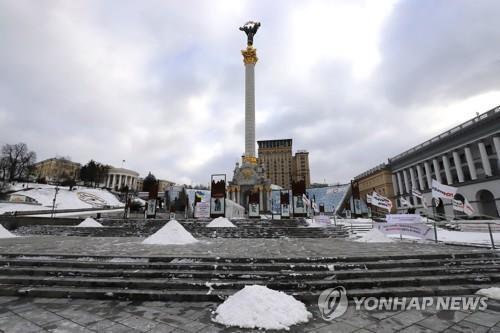