The video for the main track of its fourth full-length album "Map of the Soul:7" released in February 2020 reached the milestone at around 4 p.m. Friday, Big Hit Music said.

BTS has a total of 36 music videos with more than 100 million views on the global music sharing site, with "Boy with Luv," "DNA" and "Dynamite" each topping 1.4 billion hits. 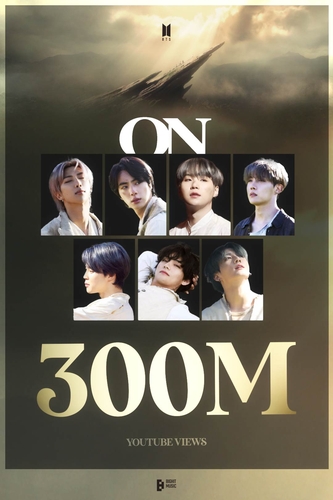 Keywords
#BTS #On #Map of the Soul:7
Issue Keywords
Most Liked
Most Saved
Most Viewed All Categories
Most Viewed More
Most Viewed Photos