SEOUL, March 20 (Yonhap) -- South Korean high jumper Woo Sang-hyeok captured a historic gold medal at the world indoor championships in Belgrade on Sunday, becoming the first athlete from the country to win a world title in any track and field event.

Woo cleared 2.34 meters to top the field of 12 jumpers at the World Athletics Indoor Championships at Stark Arena in the Serbian capital. 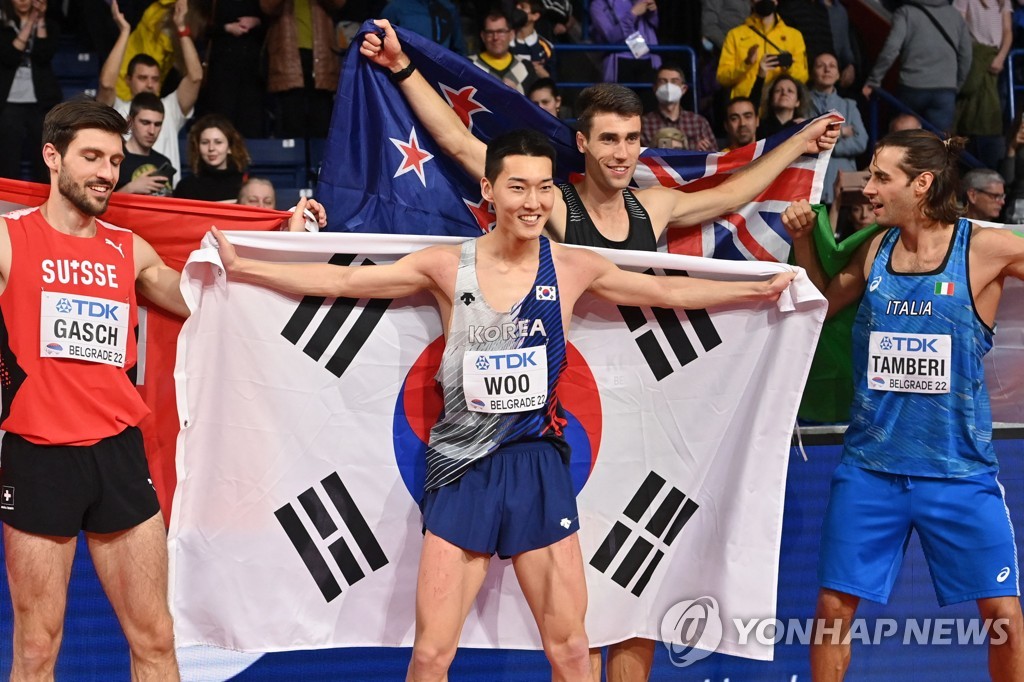 Loic Gasch of Switzerland took the silver at 2.31m, while Hamish Kerr of New Zealand and Gianmarco Tamberi of Italy shared a bronze. The two also cleared 2.31m but did so in one more attempt than Gasch.

Woo twice failed to clear 2.31m but did so on his third attempt. Then he soared over his winning height in just one try.

Woo went for 2.37m, which would have broken his own national record by a centimeter, but failed twice before foregoing a third attempt. 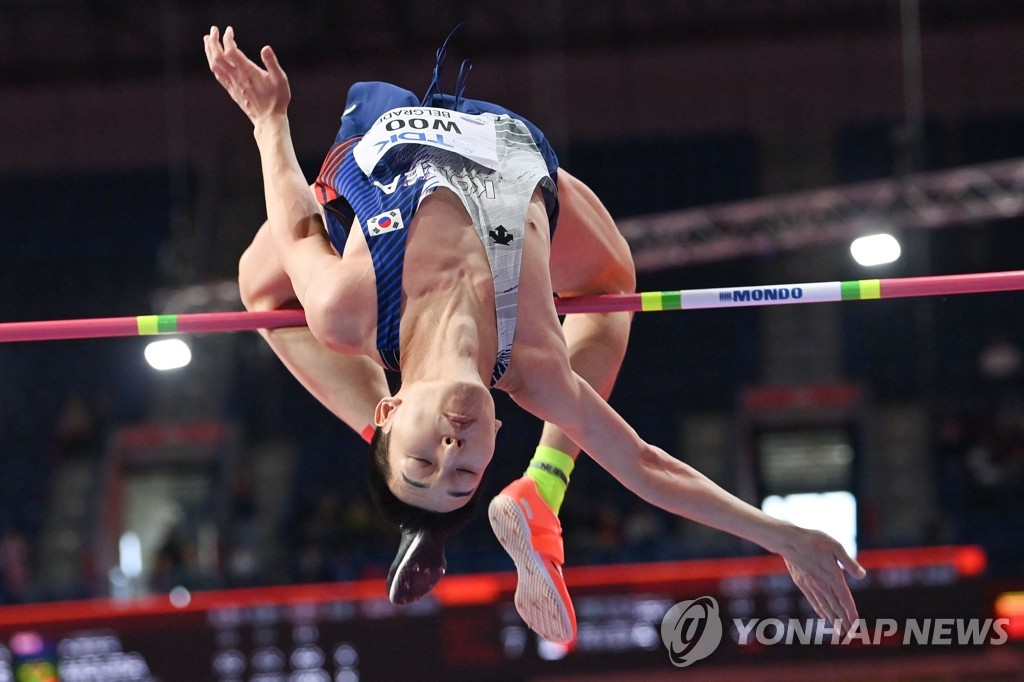 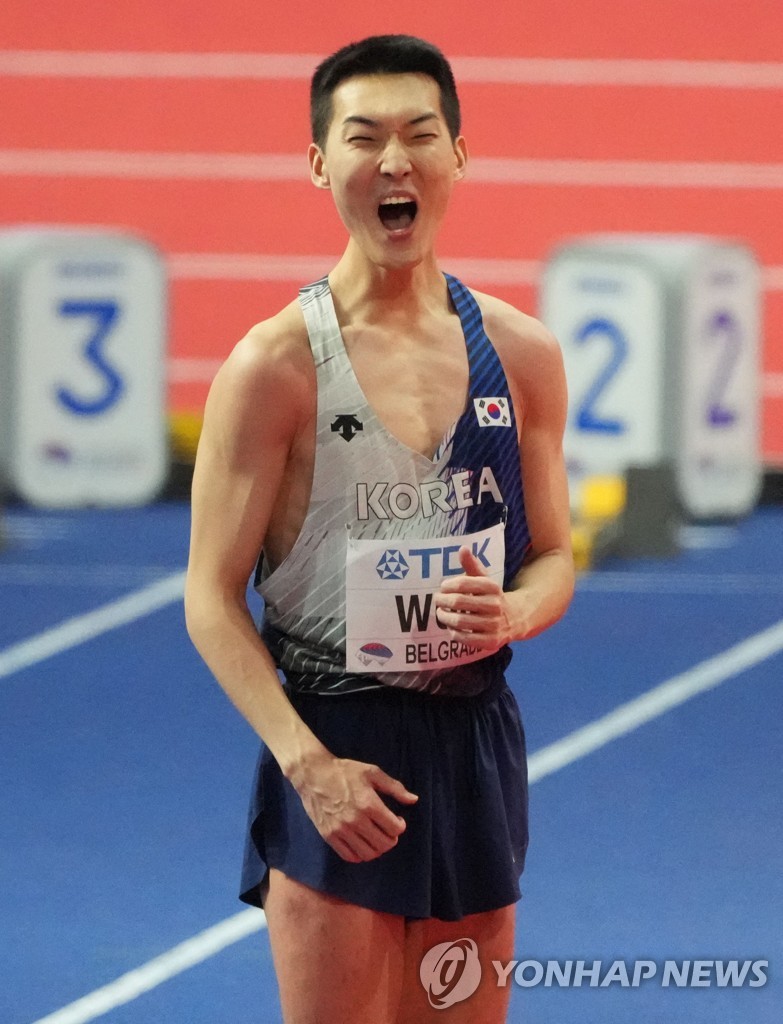