The value of civilian and public works contracts in Asia's fourth-largest economy stood at 288.9 trillion won (US$238 billion) last year, up 10.5 percent from a year earlier, according to the data from the Ministry of Land, Infrastructure and Transport.

Construction contracts in the capital Seoul and its adjacent Gyeonggi Province went up 10.1 percent on-year to 142.4 trillion won, and those in the remainder of the country rose 10.9 percent.

In the fourth quarter of last year, the country's construction contracts came to 81.7 trillion won, down 0.8 percent from a year earlier, according to the data. 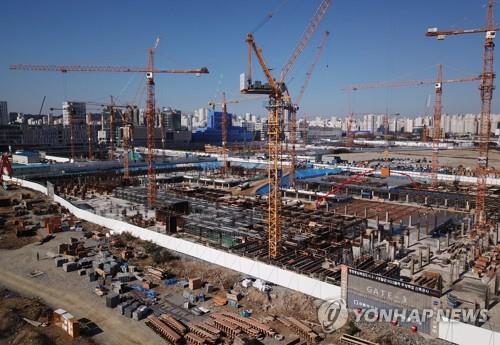