ULSAN, March 21 (Yonhap) -- Dozens of Afghan students, who arrived in South Korea last year after fleeing their homeland controlled by the Taliban, started attending local schools in the southeastern city of Ulsan on Monday.

In August of last year, South Korea airlifted 391 Afghan co-workers and their family members as they faced possible retaliation from the Taliban for having supported foreign operations. After a monthslong assimilation education program, 29 families resettled in Ulsan, 415 kilometers southeast of Seoul, last month.

According to the Ulsan Metropolitan Office of Education, a total of 85 students -- 16 kindergartners, 28 elementary students, 19 middle and 22 high school students -- attended their designated local schools for the first time. 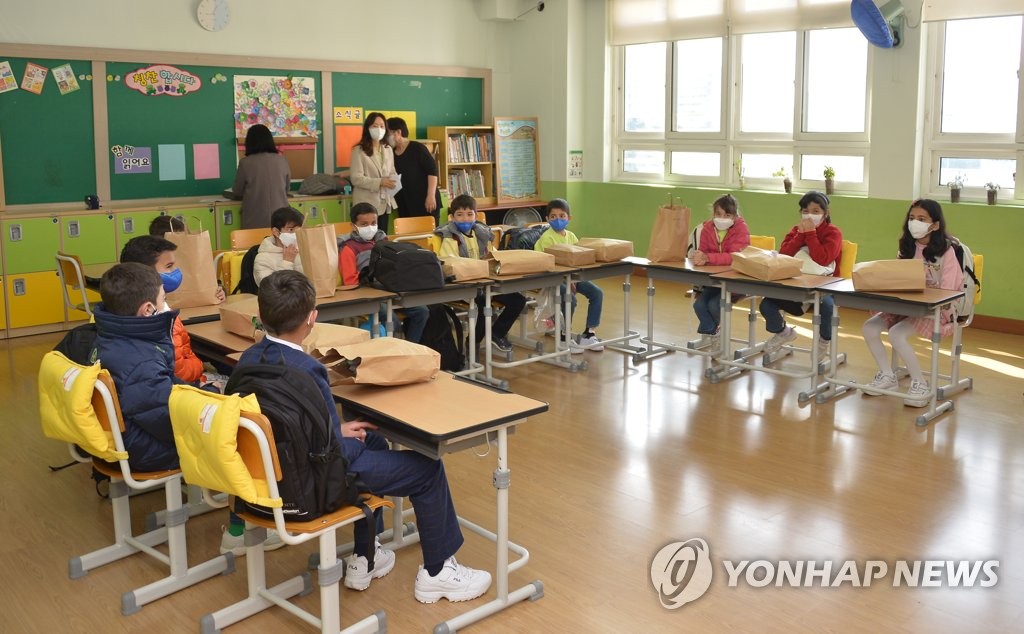 The 28 elementary school children were escorted by faculty members of Seoboo Elementary School from their apartment complex. Along with their backpacks, they also carried small bags filled with snacks and greetings cards to offer to other students on their first day of school.

The children, who appeared excited about attending school in South Korea, were split up in three special classrooms where they will receive Korean language and cultural classes for six to 12 months depending on the students' progress levels.

No Ok-hee, head of the Ulsan education office, greeted the students, promised to offer "full support" to them and hoped they would adapt smoothly to life in South Korea.

According to officials, some local parents had raised complaints over the lack of prior communication in accepting the Afghan students. In response, the education office held meetings to explain to them the situation and asked for their understanding. 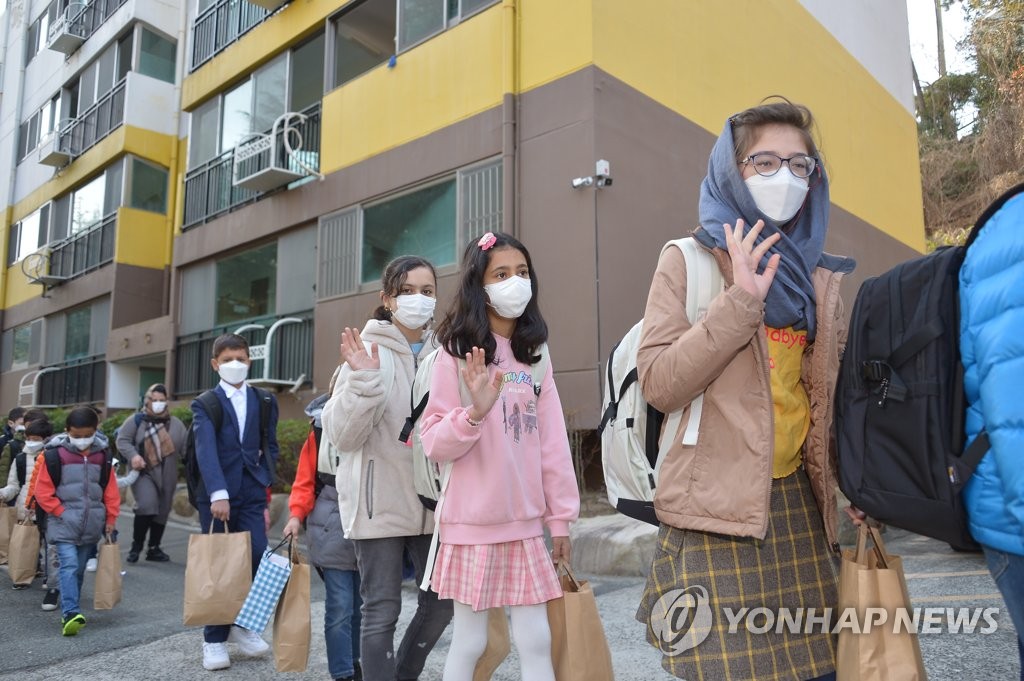