Park held talks with Widodo on the sidelines of the 144th Inter-Parliamentary Union (IPU) General Assembly in Bali, Indonesia, on Sunday (local time) as they exchanged their views on various issues, including global supply chain stability and defense sector cooperation.

During the talks, Park shared South Korea's experience in relocating its administrative capital to Sejong, as Indonesia is planning to move its capital from Jakarta in Java to a new city called Nusantara on the island of Borneo.

Widodo responded that he would like to send an envoy to South Korea to learn about its relocation experience and expressed his intent to visit the city of Sejong. 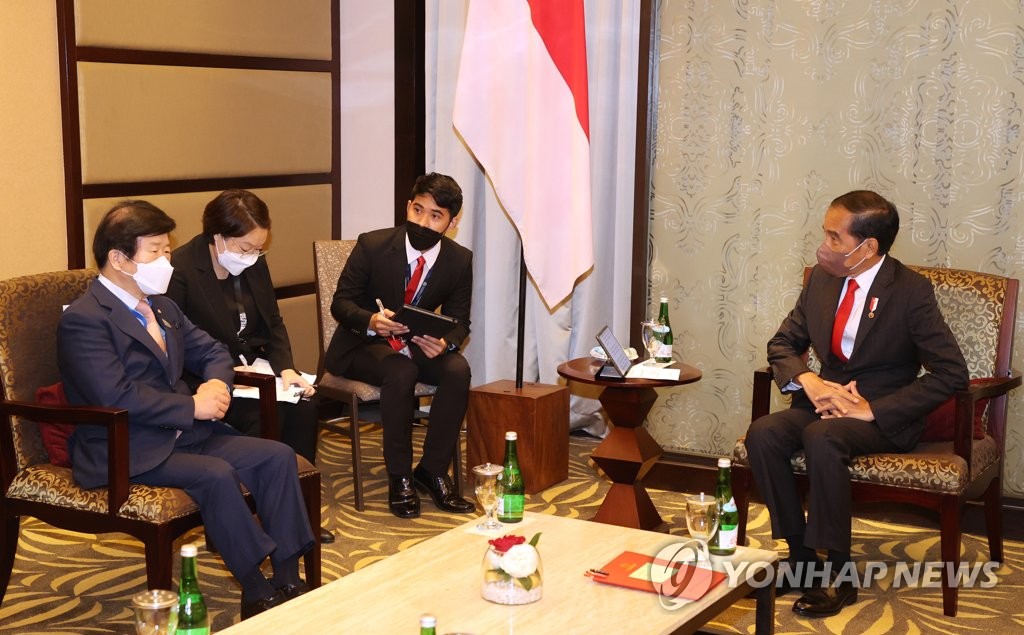 Park then requested Indonesia's support for the stabilization of urea supply. Last December, the two nations signed a memorandum of understanding regarding urea supply chain in which South Korea will get 10,000 tons of urea per month for the next three years from Indonesia.

The two also promised each other's support for South Korea's bid to host the 2030 World Expo in Busan, and Indonesia's hosting of the G20 Summit later this year.

Park is on a three-day visit to Indonesia for the IPU General Assembly, where parliamentary leaders from 110 nations discuss measures on climate change, global peace and virus prevention.

He is scheduled to depart for Malaysia on Wednesday to discuss cooperation in economic and defense sectors.