SEOUL, March 21 (Yonhap) -- Red Velvet, known as "summer queen" in the music scene for its refreshing summery hit songs like "Red Flavor," said Monday it would like to be the queen of all seasons as it is set to drop the first installment of this year's new album series in the evening.

"The ReVe Festival 2022 -- Feel My Rhythm," set to come out at 6 p.m., is the first release from the group in seven months since the last EP titled "Queendom" released in August.

The upcoming EP also is the first of "The ReVe Festival 2022" series and Red Velet plans to release more albums of the series this year under the theme of "imaginary trip," according to the group.

In 2019, the five-member band had many hit songs such as "Zimzalabim," "Umpah Umpah" and "Psycho" when it released albums under a series with the same "ReVe Festival" title.

Leading the new album is the title track "Feel My Rhythm," a pop dance song that combines delicate and elegant string melodies and intense trap beats. 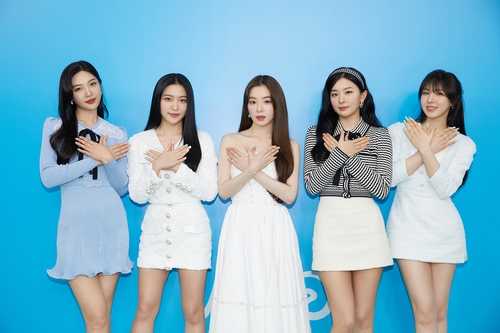 "We chose it as the main track, because it is not only a song that can represent Red Velvet's classical, energetic and challenging sides but also a song that can make us start again with an 'imaginary trip,' the main theme of the new album series," member Seulgi said during an online press conference to promote the upcoming release.

The track begins with a sample of German composer Johann Sebastian Bach's "Air on the G String."

"We thought 'Air on the G String' feels warm and elegant and thus goes well with the concept for the song," she said.

Including "Feel My Rhythm," the album has a total of six tracks. Five others are "Rainbow Halo," "Beg For Me", "BAMBOLEO" 'Good, Bad, Ugly" and "In My Dreams." 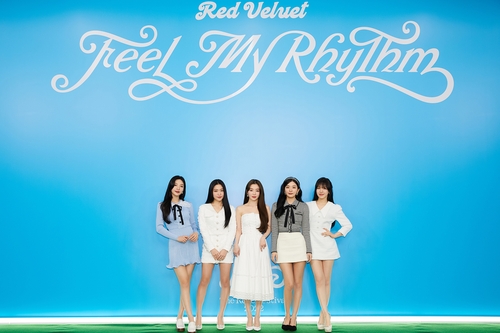 Debuting in 2014, Red Velvet has earned the title "summer queen" for its summery hits like "Red Flavor" and "Umpah Umpah."

"As you know, people look for spring songs whenever the spring season is back. We, Red Velvet, want to take charge this spring," Wendy said.

Joy went further by saying her group does not want to stay not just as "summer queen" or possibly as "spring queen."

"Since we are about to release many albums this year, we'd like to be the queen of all seasons," she said.

Pre-orders for the new album had surpassed 510,000 copies, a record for the group, until Sunday, according to the group's agency, SM Entertainment.

When asked about the secret to its longivity, the band answered that's probably because it always tries to pursue something new.

"Many people look forward to Red Velvet releasing an album. Since we are a group that doesn't do the same thing, so they expect us to please their eyes and ears with new concepts and performances. I think that's one of the reasons why we are loved," Seulgi said. 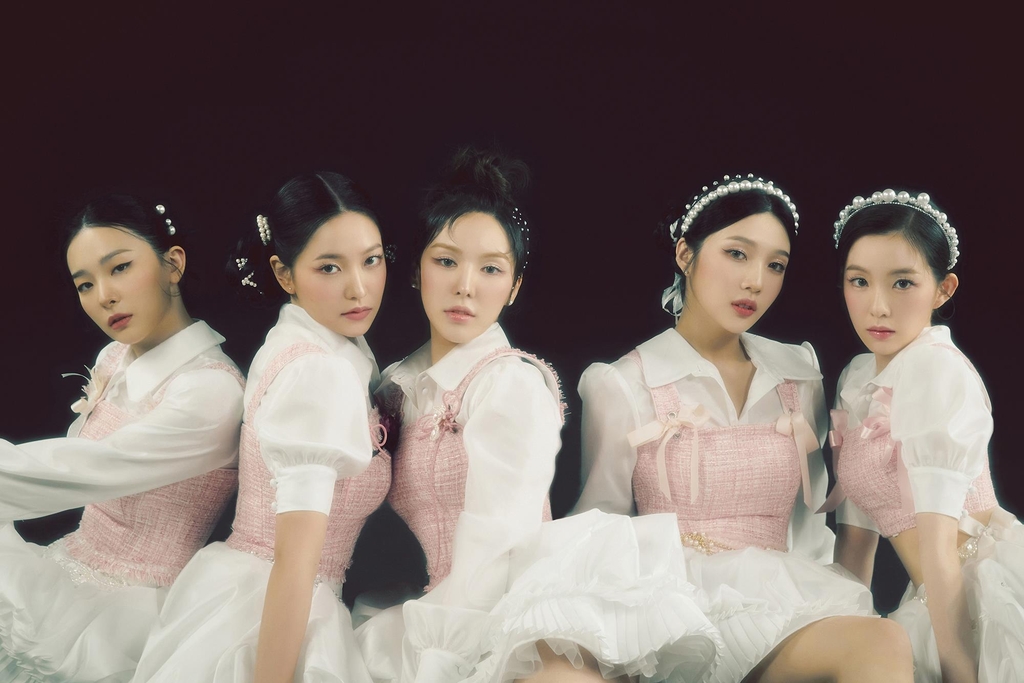 Red Velvet wants to be 'queen of all seasons,' not just 'summer queen'

Red Velvet wants to be 'queen of all seasons,' not just 'summer queen'