The country reported 353,980 new COVID-19 infections as of midnight, raising the total caseload to 9,936,540, the Korea Disease Control and Prevention Agency (KDCA) said.

The total caseload breached the grim milestone of the 10 million mark in the afternoon, as the country had reported 337,027 new cases as of 6 p.m., up 71,265 from the same time the previous day. The number 10 million means 1 out of every 5 South Koreans has been infected with COVID-19, 792 days after the first case was reported. 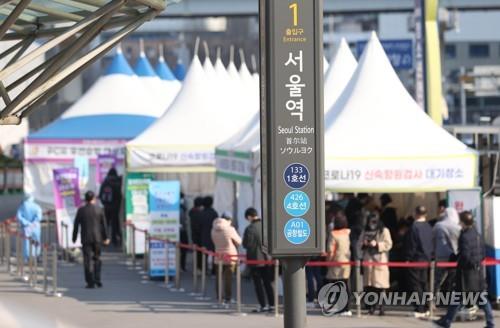 Health authorities cautioned against prediction that COVID-19 infections could be at their peak when 20 percent of the country's population is infected.

The KDCA said it is difficult to predict the peak just based on the percentage of confirmed cases relative to the population, noting it has to take into account several factors, such as the rate of natural immunity and how much infection is prevented by vaccinations.

As of midnight Monday, 32.42 million people out of the 52 million population, or 63.2 percent, had received booster shots. Fully vaccinated people came to 44.46 million, representing 86.6 percent, the KDCA said.

Tuesday's tally marked a sharp climb from 209,169 reported Monday. The number of new daily cases usually shrinks at the beginning of the week due to less testing over the weekend.

The death toll from COVID-19 came to 13,141, up 384 from Monday, the KDCA said. Tuesday's death toll is the second highest following the 429 logged Thursday.

The fatality rate was 0.13 percent.

The number of critically ill patients stood at 1,104, down 26 from the previous day. The daily tally has remained over 1,000 for nearly two weeks.

Concerns lingered that daily infections could spike again as the government eased social distancing rules Monday as part of efforts to help small merchants and business owners taking the brunt of the pandemic due to less foot traffic and consumption.

Despite an earlier estimate that the current pandemic could peak Wednesday, health authorities cited the possibility of the current outbreak continuing due to the fast spread of the so-called stealth omicron, which has a 30 percent higher transmission rate than the original omicron.

Despite lingering concerns, the government on Monday eased the limit on private gatherings to eight people from the previous six while maintaining the 11 p.m. business curfew.

Also, fully vaccinated international arrivals are required to submit their health status, such as PCR tests, and do not have to go through the mandatory quarantine.

Authorities earlier estimated that key indicators, such as the fatality rate or the rate of patients in critical condition, would peak within the next two to three weeks. 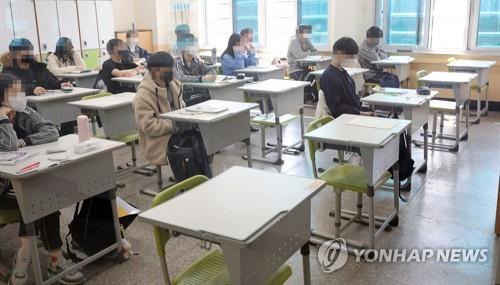