Bad loans at local banks came to 11.8 trillion won (US$9.7 billion) at the end of December, down from the previous year's 13.9 trillion won, according to the preliminary data from the Financial Supervisory Service (FSS).

The regulator attributed the decline to a fall in overdue corporate loans, which totaled 10.2 trillion won as of end-December, down from 12 trillion won a year earlier.

The decline came despite the fallout from the protracted coronavirus pandemic, which hit small merchants and households hard.

An FSS official said the drop in bad loans is not so much due to brisk business conditions but due to banks' debt rollovers aimed at supporting struggling small firms.

The FSS said that banks' asset quality remains sound in terms of those figures but voiced concerns that their bad loans could mount in the process of withdrawing such support measures as continued debt rollovers. 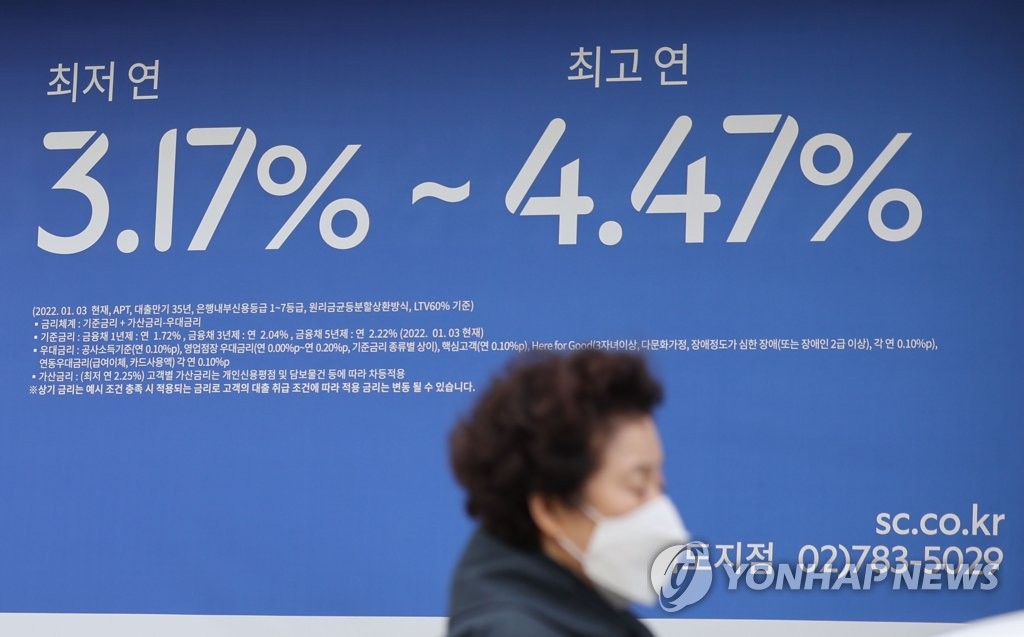