SEOUL, March 22 (Yonhap) -- Sales at franchise outlets in South Korea declined 5.5 percent on-year in 2020 due to the fallout of the COVID-19 pandemic, led by a slump in sales at dining-out brands, the corporate watchdog showed Tuesday.

Sales at franchise outlets averaged 311 million won (US$254,400) in 2020, compared with 329 million won the previous year, according to the Fair Trade Commission.

In-person services, such as restaurants and accommodations, took a severe beating from the COVID-19 pandemic as people refrained from visiting shops on concerns about infection.

The FTC said revenue at chicken franchises rose 8.4 percent on-year to an average of 285 million won on the back of the popularity of food delivery apps. But sales at Korean food restaurants and coffee franchises saw average sales fall 18.1 percent and 15.1 percent, respectively.

Cosmetics outlets reported a 41 percent fall in sales to 230 million won on average due to increased online sales of beauty products, it added.

Despite the pandemic, the number of franchise brands increased due largely to stricter rules in franchise registration.

The number of franchise outlets came to 270,485 as of end-2020, the latest figure available, up 4.5 percent from the previous year, the data showed. 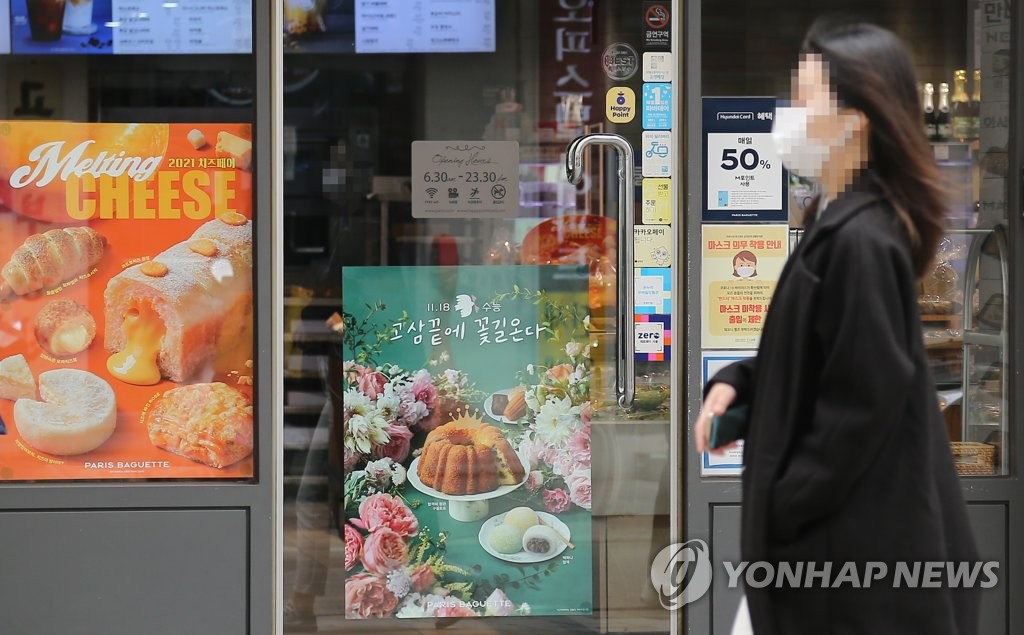 (LEAD) Sales at franchise outlets fall 5.5 pct in 2020 due to pandemic

(LEAD) Sales at franchise outlets fall 5.5 pct in 2020 due to pandemic